John and I had planned a Ventoux Triple for this week, but changed it to a romp in the Oisans area of the southern Alps because we’d been talking about getting up there for a couple of years and time was running out on 2015. I’m glad we did, but I’m perplexed now. More on that in the next post.

After a 4-hour drive, made longer because one of us forgot his contact lenses and the other took the exit to Marseille instead of Lyon (it was 6 am, give us a break!), we arrived in a place we could identify as ‘not Le Sud’. 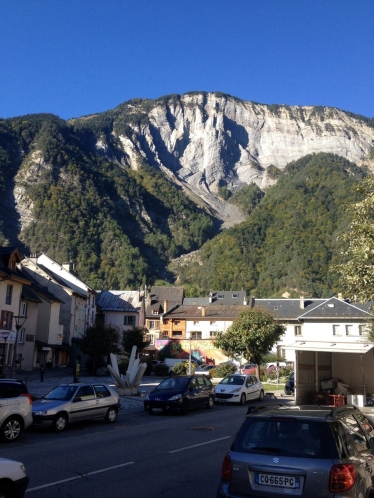 This is Le Bourg d’Oisans, the main town in the valley and starting point for the most famous (and most tiresomely used) climb in the Tour de France – Alpe d’Huez. After a doing a Full Monty on a quiet street, then a 2-min warm-up to the foot of the climb, we hit that long 11% ramp that sets the tone for the next 14 km or so.

There are 21 hairpin turns on Alpe d’Huez, beginning with 21 and counting down as you go up. Each turn is named for a rider who has won on the climb in the Tour, with the bottom few having two names now, since they use this climb nearly every year.  I remember reading a story about the mayor of Bourg d’Oisans saying he’d delete Armstrong’s name from ‘his’ corner, and I didn’t see him on this climb. I’m thinking I missed it, though, because it appears he shares ‘virage 21’ with Fausto Coppi, whom I also missed. Anyone know if Lance is still there? If he isn’t it would seem to be a bit of an injustice, considering Marco Pantani (another great drug abuser), for example, has two corners of his very own! 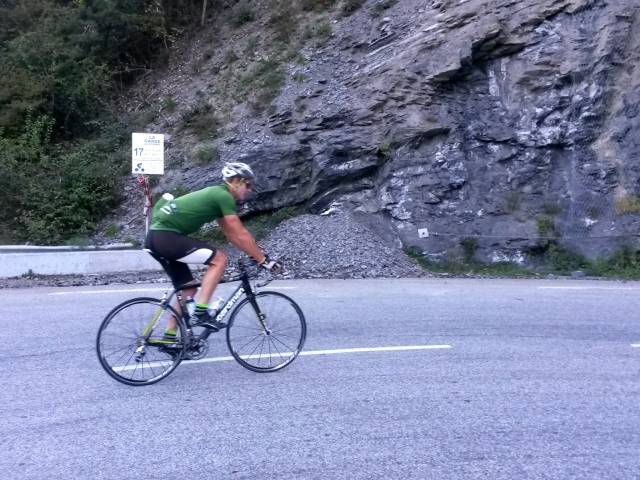 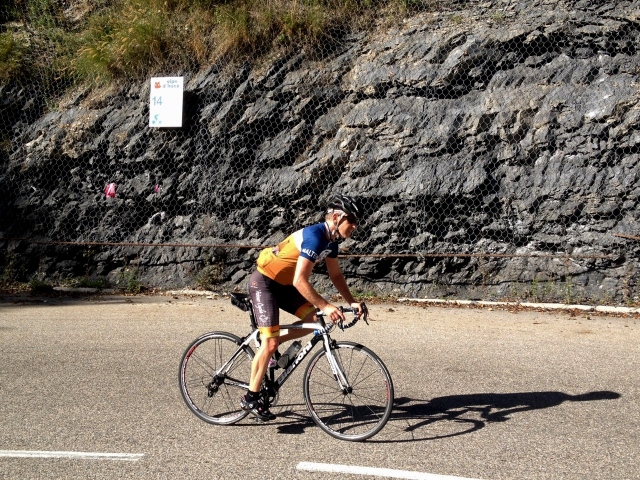 Because of the switchbacks, and the fact they snake up two flanks of the mountain, the views are varied and spectacular…and hard not to stop and capture. This one is looking back towards the south and Le Bourg d’Oisans. 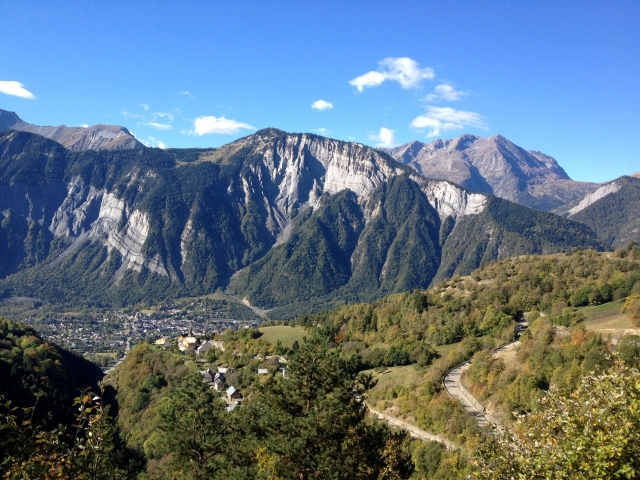 Unlike Ventoux, the climb takes you through a couple of little villages before dumping you at the ski station, making Alpe d’Huez a far more civilized experience. I was reminded, as I climbed, how exposed and hot this sucker can get (did this in some seriously stinking hotness back in 2011’s Etape du Tour) and even in mid October we got a good sweat on. Luckily for me yesterday I was far from being in top form, so I couldn’t go fast enough to overheat. 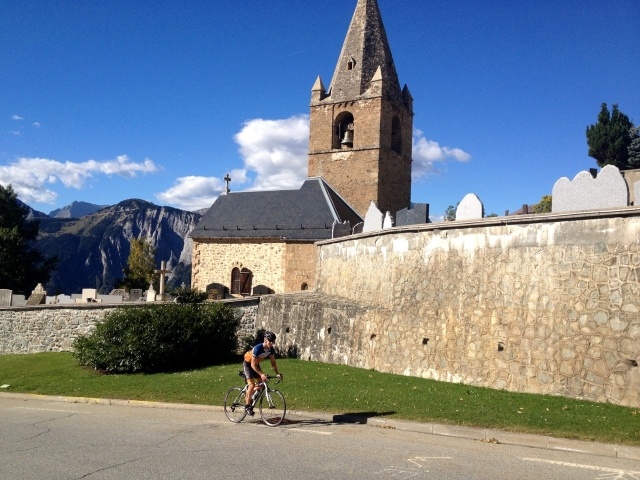 The official TdF Arrivée is above the main ski station village, but not well sign posted, so we took a wrong turn. Here’s John, not quite there. 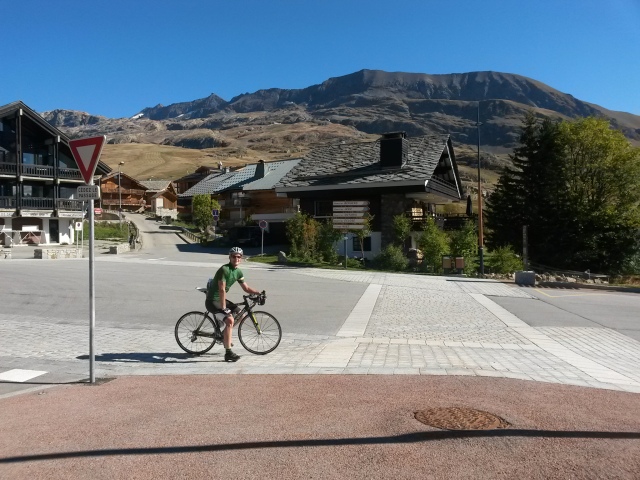 And a few meters down the road… 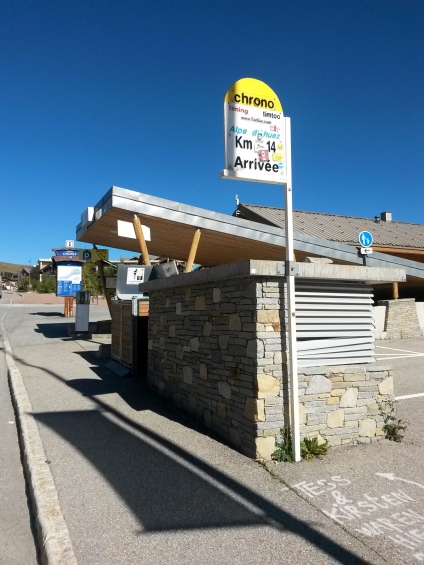 Up next: Not falling on sheep shit, but losing my climbing legs.

9 thoughts on “Reality Bites: Part One”