You may remember the Tour de France of 2013. It was the 100th Tour and the one Chris Froome snagged. I’m sure you recall. Anyway, that Tour also had a pretty unique stage that started in Gap and shot up north to climb Alpe d’Huez – twice. After the first trip up – in order to make a loop of it – the peloton turned right and headed towards a lonely col called the Col de Sarenne. And that’s just what John and I did the other day.

The sign you see is done by the Bike Oisans, which I assume is at least government subsidized. They have a great website (linked to in the last sentence) with all the climbs in the area outlined.

This is me, starting to feel my legs getting heavy, but more than happy to have this whole mountain to ourselves. It’s a stunning road. 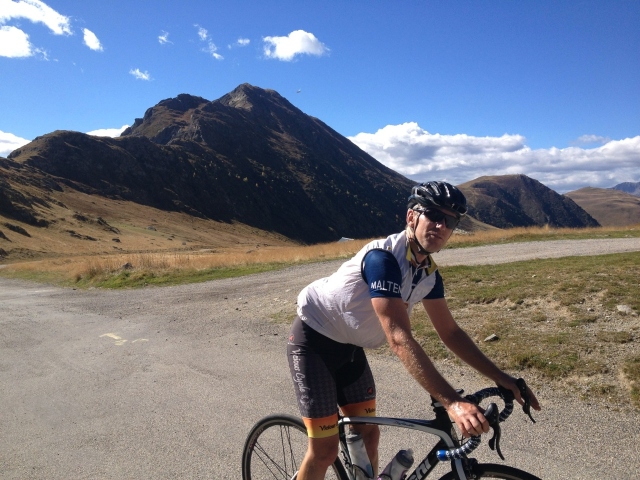 And then there was the descent… 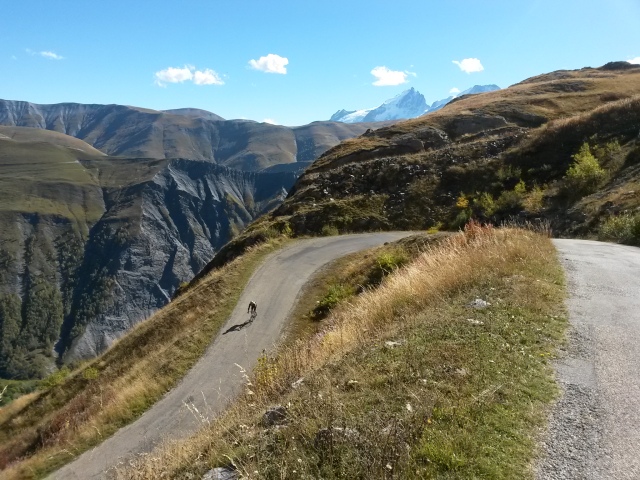 We had two sheep buchons, plus a close encounter with some deer. And then we stopped here, wishing we’d had a picnic to eat at that table, but also wondering why that person built his barn so close to that giant boulder. The top of the left wall is actually ‘bent’ to the shape of the rock. 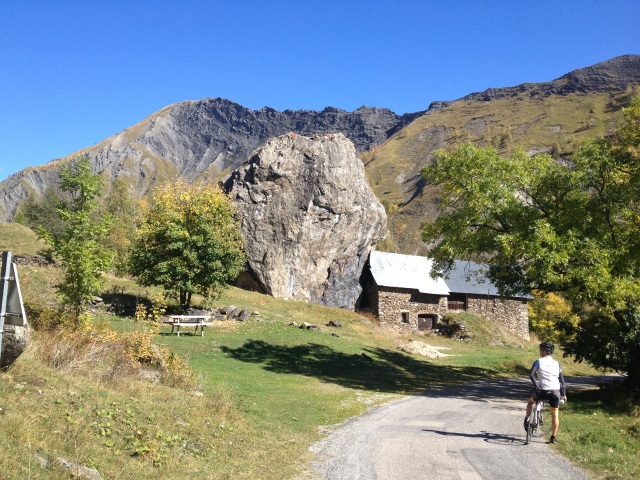 It turns out that we were now riding through the Vallée du Ferrand, which is part of the Ecrins National Park. It was a really beautiful area and, after we got past those sheep, a treat of a descent.

I’d like to tell you more, but I smell smoke coming from the oven. Part Three, coming soon…