Three Marys in a Boat…Les Saintes-Maries-de-la-Mer

Feeling spunky this morning, I went out for my longest ride this year – 123 km. Destination: Les Saintes-Maries-de-la-Mer, a village on the shores of the Mediterranean. More on the ‘3 Marys’ later in the blog.

Spring has come to Le Sud, even if the temperatures haven’t really caught up. At least it looks like it is warm. 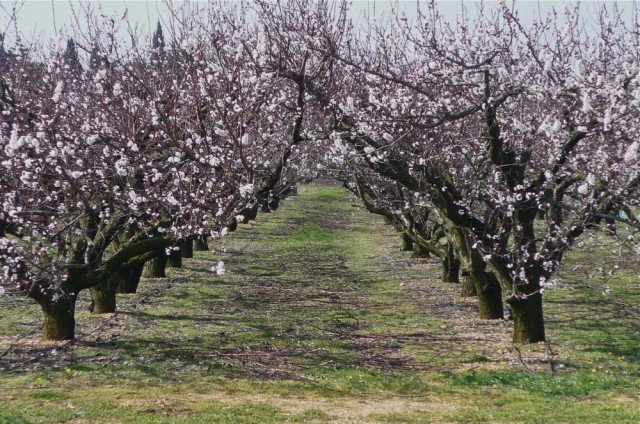 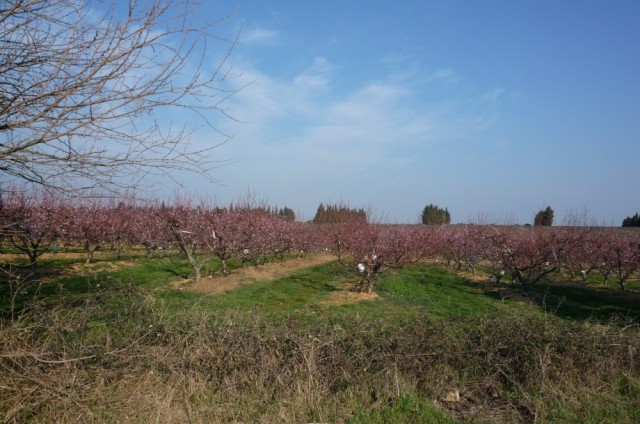 My route led me due south into the Camargue, land of much flatness and many bulls. Here is a field with future ‘stars of the ring’ (if only they knew their fate…), curious to know what I was all about, but not yet agressive enough to find out.

The Camargue is also a nature park and is home to untold numbers of migratory birds. These are the elusive (at least to my inadequate zoom lens) pink flamingoes. 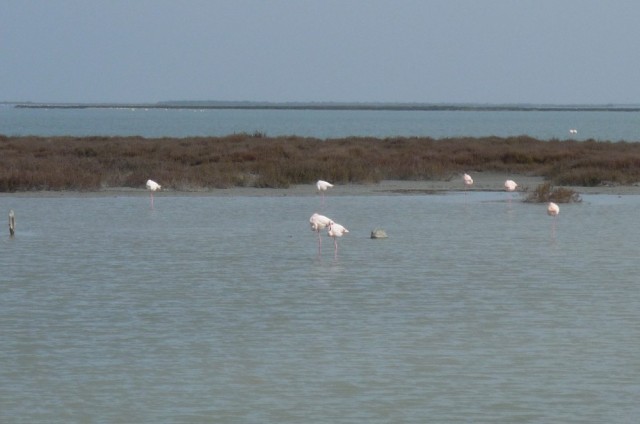 This is the town sign of Saintes Maries, with a warning underneath for gens du voyage , (traveling people) one of the many names given to Gypsies. Others incude Gitan and Gitano (in Spain) and these 3 have their origins in ‘Egyptian’ (or the local equivalent), where people thought these ‘travelers’ came from. Tsigane is possibly the name they give themselves (but not in all countries) and Roma is what Wikipedia has them down as (many in France at least come from Romania it seems, since that’s where France keeps flying them back to). So the sign is telling these folks that parking is strictly prohibited in the town limits, but there is an area outside where they can stop for 48 hours.

So why would Gypies need to have their own parking sign in this town? It has to do with a little story about a few Marys and a rudderless boat. As the tale goes, The Three Marys were chucked out of Israel after the death of Jesus and put on a boat with not only no rudder, but also no sail (a common way for future saints to get to their next destination, I might add. At least the remains of St. James did something similar to get to Santiago de Compostela), but miraculously were steered towards the shores of what would someday become France.

Eventually a church was built, then another, which still stands today. 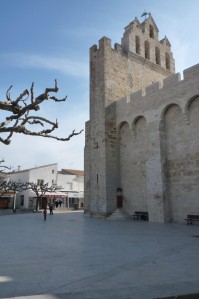 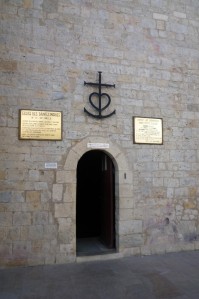 These last two photos show the Cross of the Camargue, part anchor, with a heart in the middle. You see this on many houses in the area, usually in Mediterranean blue.

Doesn’t look much like a church, does it? The building was completely fortified after it was built to protect the ‘precious relics of Sara’ (more on her in a moment) from the Saracens. Check out the top of the wall where you can see the roof of the church peeking out.

So back to Sara. Apparently this woman was on the boat with the 3 Marys. She was a servant, perhaps. It’s her that the Gitans/Gypsies/Romas come to town to see, not the Marys themselves. They adopted Sara as their patron saint in the 19th century and, since the church contains her relics, it’s Saintes-Maries-de-la-Mer where they come. There are 2 major pilgrimages each year and the tiny town overflows with the RVs of these traveling people (yes, they really do still travel..).

But S-M-d-l-M is not just about religion and parking problems. It’s a major beach resort for northerners. The town’s population goes from something like 2500 in the off season to 50,000 in summer! Here’s why. This is the beach in front of the town itself, but there are mile after mile on either side, I think. 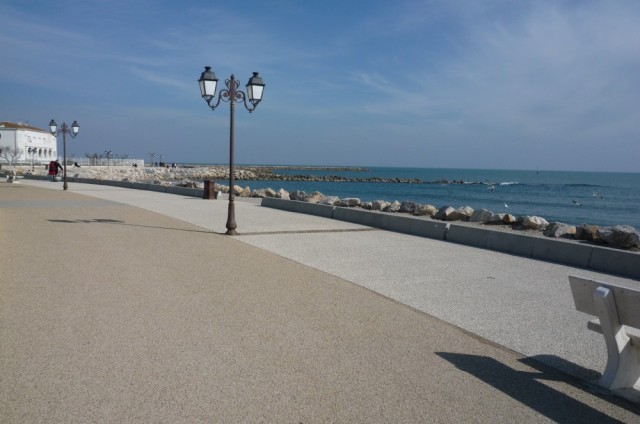 As you can see, we aren’t quite into the tourist season yet…

It was a long ride down to the sea, so I had some lunch at a little snack bar, my Bianchi shining in the Mediterranean sun. 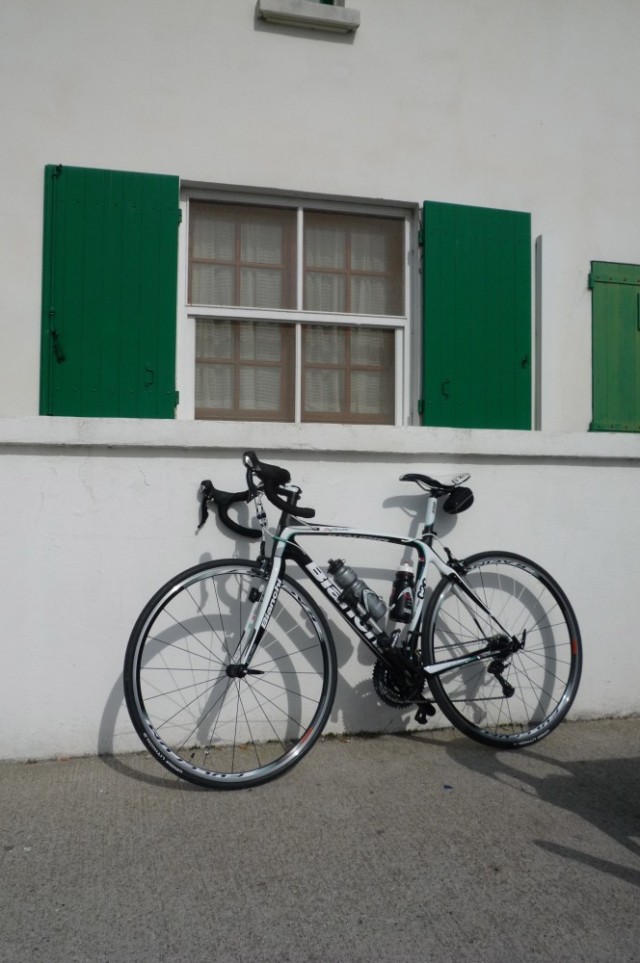 Then it was the even longer (headwind) ride back home. At least it was flat.