Bergs and Beers: The Blauwe Route

Northerners do a few things right: beer and dishes involving potatoes spring to mind immediately, but ‘signposting’ should definitely be added to the list. Karsten-with-a-K and I both downloaded the handy gpx files of the routes we’d be riding on the weekend (found here), but ended up not really needing them because there were signs at every intersection.

For our first day we chose the ‘Blue Route’, which was a short 78 km, but included a few names you may have heard of: Oude Kwaremont, Paterberg, Koppenberg, Taaienberg, Terbeke, Muziekberg, Kruisberg, Mont de l’Enclus, Kluisberg.

And they came so fast and furious that I didn’t have time to stop and take photos. Below is one I took of the Koppenberg 5 years ago. It’s still as steep, if not more so, now. 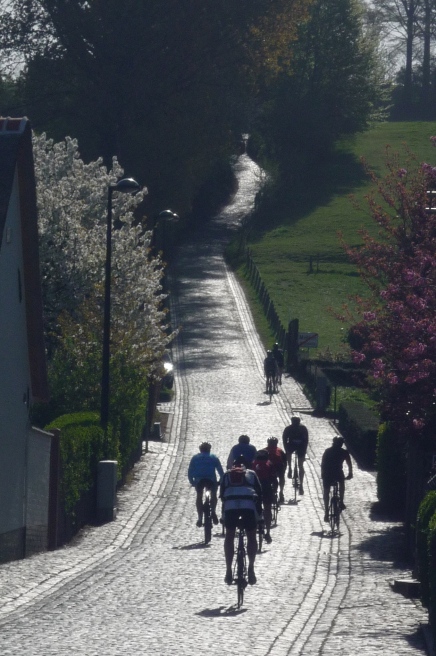 But I should rewind a bit and mention where all these routes begin and end. If you know even a few of the above ‘berg’ names, you’ll certainly have heard of Oudenaarde, where the latest version of the Tour of Flanders finishes. Here is Karsten admiring what has ‘town hall’ written all over it, but remaines unconfirmed.

I can’t remember what climb this was at the beginning of, but when you see Eddy Merckx painted as an angel, you just need to stop. 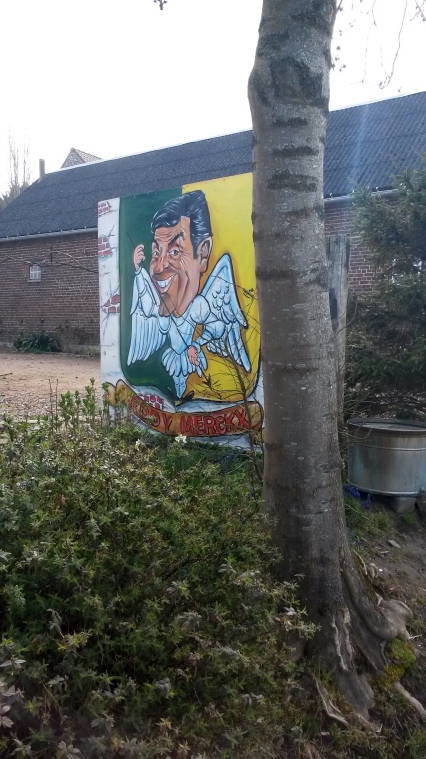 A little about the bergs of the RVV: First, they are steep. You can expect anywhere up to, or maybe over, 20%. Next, they are cobbled. This is a far more painful fact than the first because whatever momentum you thought you had going up is instantly reversed by the fact that you are riding on a jackhammer. A few of these short, sharp hills, take as much out of the legs as half a Ventoux.

But if you make it to the top, there’s often something warm and welcoming awaiting you, more than likely involving frites.

This ‘blue route’, if you are only in the area for a day, is the one to do, since it was basically a greatest hits of Flandrian climbs. And if you time it right, your train doesn’t leave for an hour and you have enough time to have a waffle and a couple of beers (no snarky Stella remarks. It’s actually not bad).

But this one’s so much better. 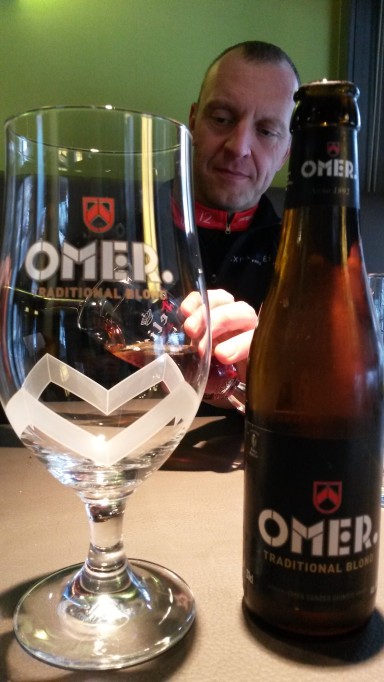 6 thoughts on “Bergs and Beers: The Blauwe Route”