It’s 5 am and I’m up trying to solve a problem at work AND write a blog post, all on my phone. That’s how important you are to me. So read this to the end…my thumbs are killing me.

P and G saw me off early this morning, as did our host, Santa Claus. 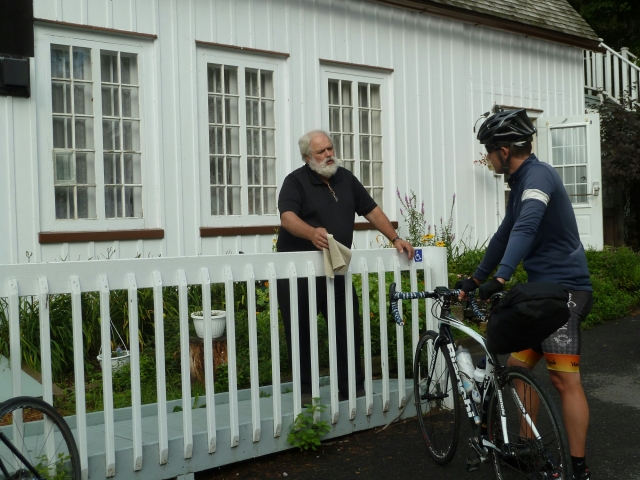 The first thing I realised after leaving wes that the flatness of yesterday mercifully ended (at least now my ass could get some respite on the descents) and the road became ‘rolling’.

The next thing I noticed was someone showing their political leanings by flying a Montreal Canadiens flag. Definitely, only in Canada.

I had an appointment in Quebec City to have my fingerprints taken (long story…I’ll tell you some day) and was pretty saddened to hear that their machine was down. There was some relief though, because I had just had to pay for my lodging in cash because my card wasn’t working. Another cash payment, with no evident way of replenishing my pockets, was weighing on me.

So I rode right past Old Quebec (and the expensive restaurants) and straight to the ferry to Levis. 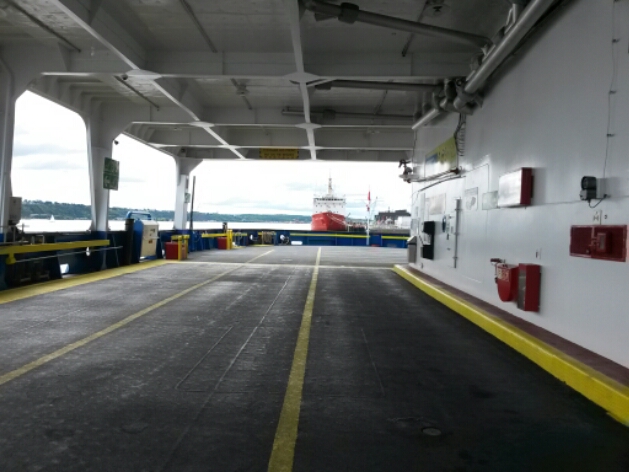 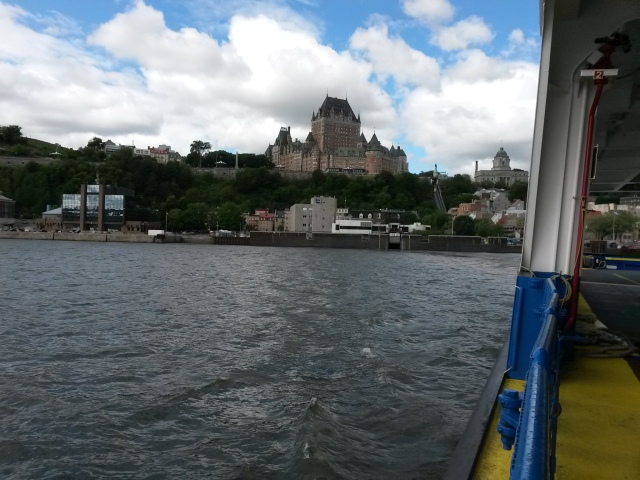 Then directly to the first ‘casse croute’ I could find.

Quebec’s system of cycling routes is quite impressive so far. Lots of great infrastructure, plenty of people using it, and very well signposted.

More on this later, I’m sure. I’ll leave you with a couple of shots that bring back old memories for me; one of the many roadside rest stops you find in the province, and the view of Kamouraska (where I’m pulling the night shift tonight) coming in from the west. 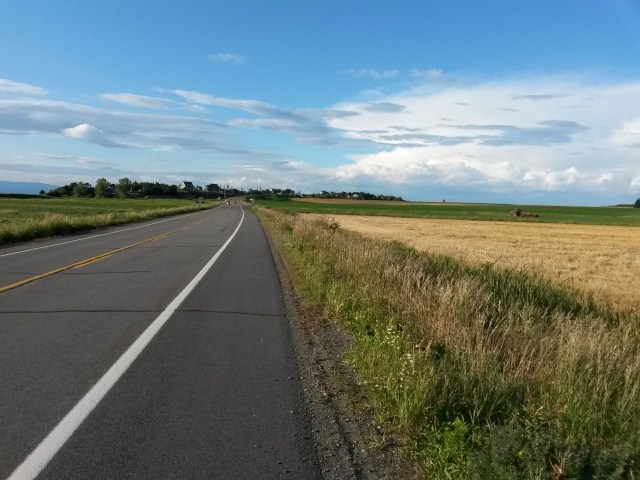 ‘Only’ 186 km tomorrow (210 for the past two days) so will have more time to devote to site seeing…or sleeping in.