Every year it seems that just about all pro cycling teams out there change their names. There are a few exceptions (the ones with only one sponsor, usually), but to me at least, the changes are dizzying and confusing. It’s not just me, either; I can’t count the number of times the Eurosport guys mess up a team’s name at the beginning of the season. I’m exaggerating, you say? Here’s an example of a well-known team, with its various names, from 1985 to present:

But at least that one had ‘Lotto’ as a sponsor the whole way through, making the team identifiable. Here is the story of another team we all know today, too, whose genealogy is a little less clear.

Pedro Delgado was this team’s biggest rider, at least in the later years. Here he is screaming ’80s’ with that headband! And hey, did cycling teams have cards, like hockey?

The glory years of this team, so far. Below is 5-time Tour de France winner, Miguel Indurain, with a very practical-looking aero helmet. 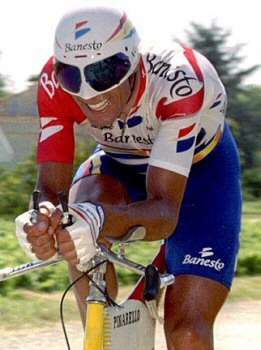 This team was sponsored by the tourism board of the Balearic Islands, which probably didn’t see many extra tourists, since it only lasted a couple of years. Below is a young Alejandro Valverde winning something.

I don’t know who the Photoshopped head is between them, but the front guys are Floyd Landis (left) and Oscar Pereiro (right), during the 2006 TdF. Floyd won that one, but then lost it pretty quickly because he was bad. Pereiro was then awarded the win. 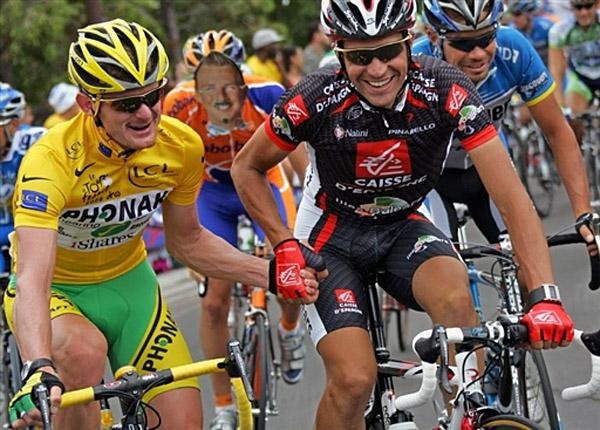 Which brings us to today, and the latest incarnation of this 33 yr old team. Pictured here is the amazing Colombian, Nairo Quintana. 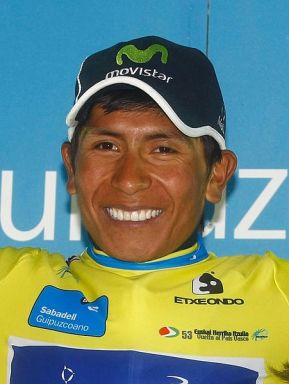 I hope you enjoyed this little run through recent history. My next question – still unanswered – is what constitutes a ‘team’ anyway. If it isn’t the sponsor, and it isn’t the athletes, then is it the director or management team that stays constant throughout the years somehow? What’s the thread that ties all these confusing team-names together? Answer this and you may have another blog article!