Haute Route: I Think This’ll Do it

It’s been a week since the end of Haute Route 2013 and I see that another one (in the Pyrenees) is about to start. I better lay this one to rest now and start focusing on more important things – like what new bike I will treat myself to as my ‘reward’.

Here is a short list of things I might do differently, if I were nuts enough to attempt Haute Route again.

I think I would do more miles. I rode nearly 10,000 km running up to Haute Route this year, but I didn’t feel like I had the endurance in my legs.

Or maybe that means longer rides, not more miles. I’ll need to consult an expert. I could probably add an hour or two to my weekend rides throughout the season and add a good amount of endurance. The legs just didn’t seem as fresh as many of those around me, particularly at the end of stages.

Part and parcel with Training, I guess. I will listen to Rob a bit more next time, plus put more energy into getting what the body needs. I feel like I probably didn’t get enough protein this year, mainly because I don’t eat meat at home. This is just a feeling, though. I’d look at more supplements, but don’t ask me which ones! 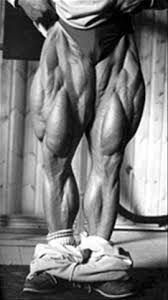 I noticed that I was left in the dust on portions of stages (or whole stages, like the last one) that required a good deal of speed in the legs. The 7th stage, for example, was only 40km long and was a mad sprint up two hills. I tried to hang on to group after group but was inevitably spit out the back of all of them.

Perhaps this means some shorter, faster intervals in the early season. We didn’t train like this at all this year, preferring to focus on longer ones in lower zones. This could mean weights in the off-season, too. Or maybe a combination of both?

What I mean here is a power meter. I was leaning in this direction before HR anyway, but seeing how many people use ‘power’ now, plus hearing their ravings about it, has convinced me that this tool is going to be very useful in training. More on this when I can afford it.

Unless I’m 20% stronger next year I’ll definitely bring my 12-27 with me! This was probably my biggest mistake and, me being the contrary type, I didn’t fix this issue the whole HR. I stuck it out with my 25 and suffered up the steep bits at a crawl.

There’s a magic cadence that you shouldn’t go under, I think. I hit that one many times on the surprising number of +10% ramps/hills we hit, most notably on the first stage. It was a shock, since I thought I had it all worked out with the climbing I’d done down here. I’ll be more conservative next time around, or at least take the cassette with me as a back-up. 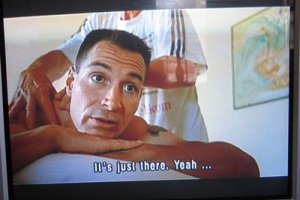 We never got massages, mainly because we just wanted to get back to the hotel and ‘elevate’. I don’t know if this was a mistake, but next time around I think I might take them up on it. Those around me who did said they were great. I’d probably try a few in training and see how it goes first, but hey, they’re free and riders have been using them for decades. I suppose there’s something to it. 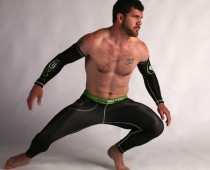 Rob had long compression ‘leggings’ that covered all the muscles we work, more or less. Mine just came up over the calves, so I was missing out of the goodness of compression for my hamstrings and quads. Next time I won’t be so cheap and will fork out the 100 CHF for a pair.

In training I think I’ll try and stay ‘natural’ with my nutrition/recovery (maybe in ‘peak weeks’ / heavy periods this would be different), but Haute Route is NOT NATURAL, and deserves the best drugs money can buy. I will do more research next time and buy and extra toiletry kit for my chemicals.

I lost a lot of time in a few stages because I ‘couldn’t’ hang in with certain bunches I was with. I did, mind you, push my limits farther than they have probably ever been pushed during this race, but there were times when my mind conquered my legs and I dropped back.

It’s not about time in the end. It’s about teaching the mind to realize that the legs can do more – probably lots more. I know I gave up before reaching any physical limits I might have had. There were others, though, who could suffer more. It was so evident. Some of the older guys who’ve been riding competitively for decades, for example, could really push through the pain, I think.

It’s a process, just like everything else, and I’m glad I can identify it. It means I can improve. But man, it’s going to hurt! 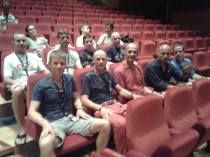 I never think of myself as a team player, but I really enjoyed the comradery that resulted from forming Team Vicious Cycle. We never really worked together as a team on the road, but nonetheless it was always nice to have friends in the peloton.

The process (there’s that word again!) of forming the team was also fun and made good use of the blog, to boot.

I’m sure you’re all dying to know if I’d do Haute Route again (I know I am, at least…). Yes, I think I would. Not sure about when, and to be honest I don’t want to think about it right now. There’s an off-season I need to get to before considering AT Tests and 4-hour turbo trainer sessions.

But look, once you’ve done something like this, really there are only two ways you can go:

1. Tell yourself that this was the biggest thing you’ll ever do for the rest of your life, then start drinking.

2. Realize that, although you are in the best shape of your entire life, it’s really a beginning, not an end. There’s so much more to do, and so much more to learn from this wonderful sport (and life, if you’ll permit a little philosophy to sneak in here) I’ve happened upon.

It doesn’t need to be Haute Route, but I think there’ll be something coming next season. And hey, I need the blog material.

16 thoughts on “Haute Route: I Think This’ll Do it”