A Meander in Marseille

It’s a rare day that I post twice on this blog, but today I did a ‘ride’ because I wasn’t healthy enough to ‘train’. Translation: I got to stop and take some photos.

Shoko needed to go to Marseille today to do some filming for her school, so I decided to take advantage of my new bike carrier (the Ford Focus) and drive her down there, so I could get to ride some new roads.

Here is the starting gate – Le Vieux Port. There’s a bus lane the whole way round, so very nice and stress free to ride.

A monument to French soldiers killed in North Africa during WWI, I think. The monument to dead North Africans must be nearby…I guess I missed it. Notice the wind-blown girl. It was howling today. 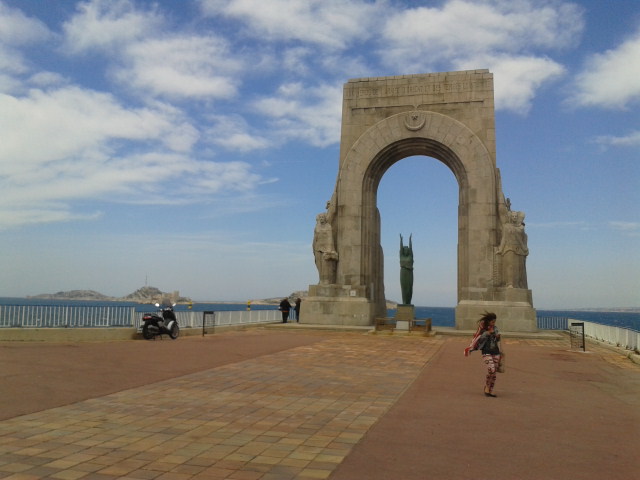 More wind evidence, at The Beaches.

Now that I see the photo it doesn’t look that odd, but when I was there it seemed to me that the height of the wall directly in front of this bench was just around ‘eye’. The right sentiment was there, but something was lacking in the execution. Maybe it’s reserved for tall people. 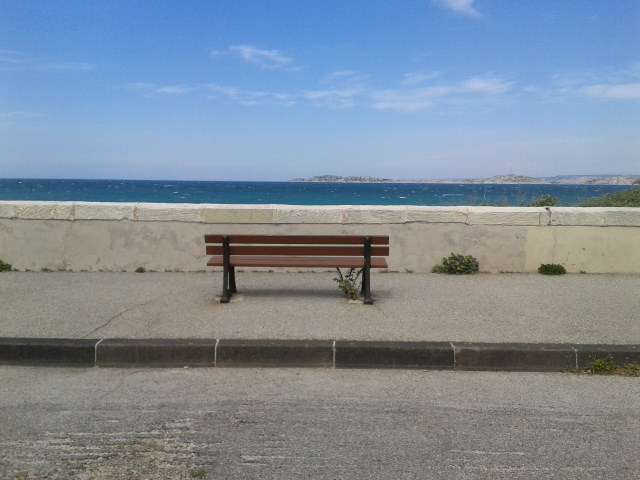 As I left La Corniche the city evaporated slowly and I was left with a windy, barren coastline. 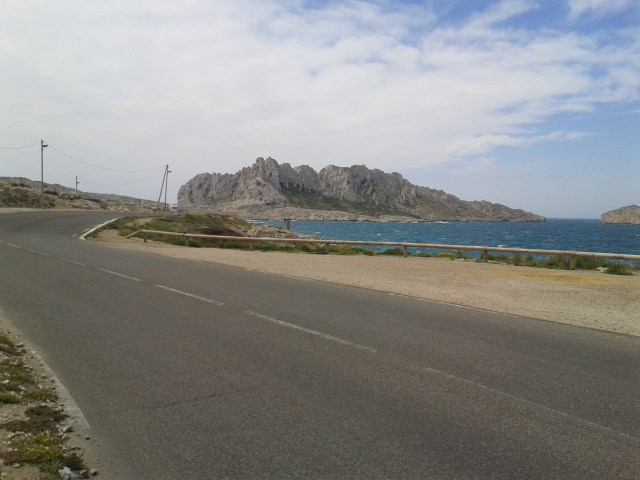 Till I finally reached the end of the road, at the extremely squeezed hamlet of Callelongue.

On the way back I was tempted by this place – “20,000 Leagues Under the Beer”, not only because I love beer, but also because I can’t fathom the joke and would like to know what I’m missing.

Nearing my start point I turned to the right as I was crossing a bridge and nearly missed this little jewel. What appears to be a small, Mediterranean fishing village is actually close to the heart of France’s 2nd (or 3rd, depending on who you ask) largest city.

We tend to go ‘exotic’ with food when we hit the big city and today was no exception. Oscar’s Bagels and Sandwiches serves up some very decent bagel sandwiches, has coffee in cups big enough to wrap more than a finger and thumb around, AND they let you keep your bike inside while you eat!

And finally a shot of me, still trying (and still failing) to look cool and relaxed with my bike. Maybe I’m trying too hard… 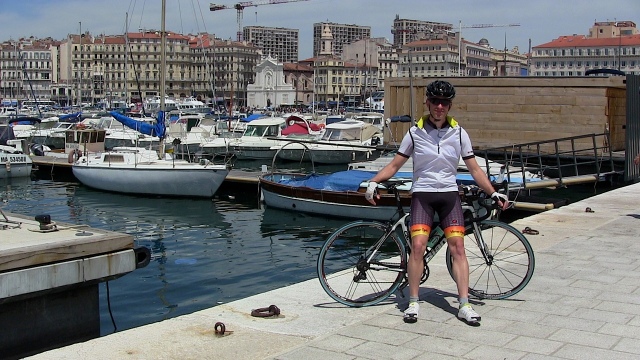 23 thoughts on “A Meander in Marseille”