A Tale of Two Gran Fondos

I just ran across a new race (for me) today and thought I’d take a look. A few clicks later I exited the site, scratching my head. Here’s why.

I am entered in a race in April called a ‘Gran Fondo’, a name that means ‘cyclosportive, but in Italian, so cooler’. Here are the basics of my Gran Fondo:

And this is the Gran Fondo I discovered this morning.

That’s a 330% difference. I had to re-read the cost a couple of times before it registered. I wonder if any of my North American friends can tell me what they usually pay for their races? I remember Rob paid a fair amount for the Axel Merckx one last summer, too. 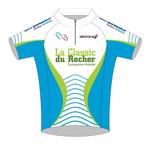 In France I usually pay around €30 for a local race (all include hot lunches at a minimum; some throw in a free jersey like the one I got last weekend, for example) and the most I’ve ever forked out was for the 3 Etapes du Tour I’ve done – €108 ($143), I think. That’s with all the trimmings and roads closed to traffic.

Is the average Joe being priced out of races in North America or is the Gran Fondo New York an anomaly?

35 thoughts on “A Tale of Two Gran Fondos”