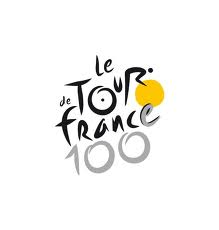 Turns out that all the major rumors came true, so there will be a summit finish on Mont Ventoux, 2 ascents of Alpe d’Huez in the same stage, and a night-time finish on the Champs-Elysées (complete with firworks!). Other nifty additions for the 100th edition include a time trial around Mont Saint-Michel and a team time trial in Nice.

The Tour does a large, clock-wise circle of France, starting in Corsica, with the final week being a definitely-decisive few days in the Alps. I think the ASO have tried to make this tour a balanced affair, with not too many mountains (like the Giro and Vuelta tend to be doing these days), but also fewer kms of time trials. Mix that with a bunch of hilly stages and I’m sure the hope is for a Tour that will favor an all-rounder, rather than a time-trialist or climber.

If this gets your blood flowing and legs doing phantom peddle strokes, I hope you’ll excuse a little plug for a great 7-day Alps climbing tour I have planned for next summer. Why let the pros have all the fun!