A quick post today since I’ve started my last (OK, my only) triple metric-century fartlek before I start a slow taper next week. Coach Rob assures me that the big effort I put in over the next 3 days will pay dividends in a couple of weeks on race day.

This afternoon I had intended on taking the train across the Rhône River to Provence and do a loop through the Alpilles, but surprise surprise, the train was over an hour late (if you live in France you will understand the hint of sarcasm back there), so I rode the 50 km to Provence instead. Once there I passed some sure signs of summer. 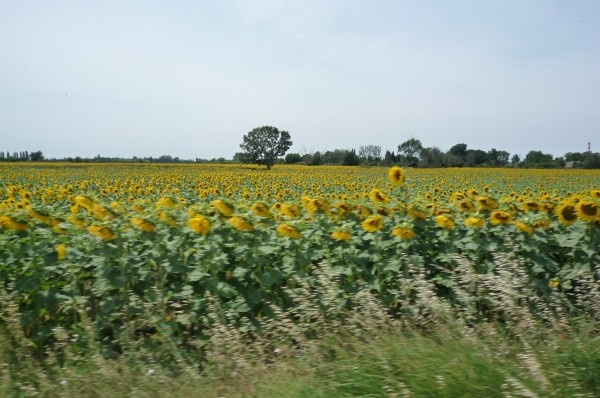 Sorry, that was taken on the go, so it’s blurry. When you have a tailwind in the Rhône valley, it’s hard to stop.

Two things I want to say about passing people:

1. I think I have a character flaw that might hinder me somewhat in competitive cycling. I kind of feel sorry for the people I pass, as if I’m doing them harm in some way. It’s odd because I never had this problem in my last incarnation as a dragon boater. Maybe cycling is more personal. This doesn’t stop me of course, but I can see that I need to be more ruthless towards my fellow man on the bike. Crazy, you say? Maybe, but it’s related to #2.

2. You ever have this happen? You pass by someone and they turn to you either in surprise, indignation, or a mixture of both. In France this happens occasionally, but usually the guy will just step on the pedals and chase you down.  Today I got it 3 times, in varying degrees. One guy shot me a glance that would have had daggers coming out his eyeballs if we’d been cycling in a cartoon. I think he was a grumpy northerner, or at least that’s what I’ve labeled him. Here he is with his grumpy buddies. 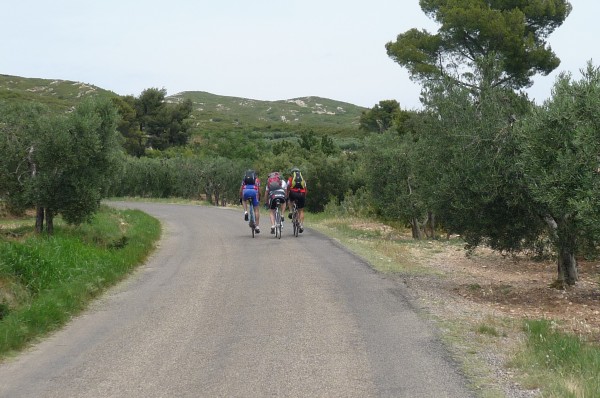 And although I said it hurts me to pass others, after ripping by these guys I had a bite to eat, got passed by them, and had to do it to them all over again. This time I felt no guilt. Funny the stories you can tell yourself when you spend 4 hours on the bike. Most likely that guy just always looks grumpy, but is really a sweet man. I’ll never know though, since I dropped him like a bad habit! Hey, I think I’m getting the hang of this ruthless thing…

But other than northerners with no sense of humor, I had a really great, hilly ride through the Alpilles and managed to get a train back home that wasn’t over an hour late (it was 45 minutes late). Tomorrow, the long fartlek to l’Etape continues. 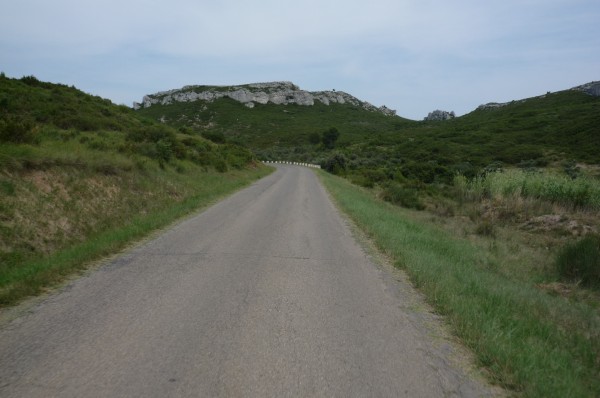 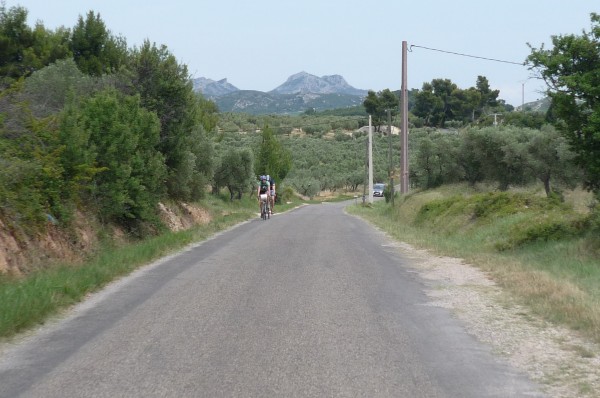