Day Three broke clear and warm (tip: if you want to be assured of good weather on a bike trip, invite me…I have uncanny luck.) and a really excellent climb through the forested hills that took me away from the Meuze. You may know the kind of climb I’m talking about: a gentle 3% perhaps, just enough to make you feel you are working, but not enough to make you want to stop! Bliss.

This road took me up to the village of Hargnies, population: 700, number of butchers: 7. Do the math; these people eat a lot of meat. I’m guessing they deliver, too, since this is where some of that great white sausage comes from. 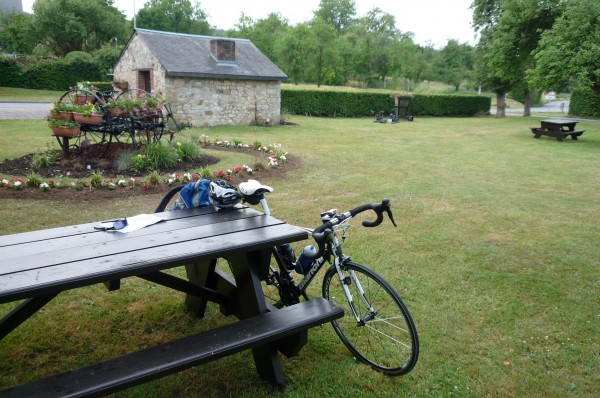 Sorry, no butchers. Just the Bianchi at the entrance to the village.

Hargnies is on a plateau and I rode quickly through the fields and into Belgium, where the roads got worse and I met at least one drunk guy at my coffee stop. Time: 11am. Belgians love their beer. 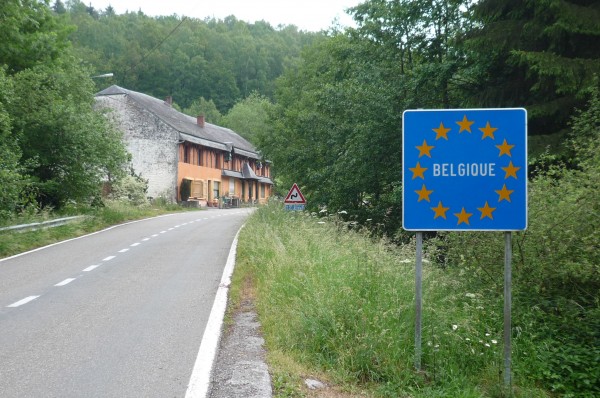 This is an old Customs house that has been kept for either posterity, or the day when Europe decides to close its borders again.

After this I had a really, really long descent into the Semoy valley, where I discovered more of the Ardennes’ industrial past (and present). This one small town (Les Hautes Rivières) had many factories of all shapes and sizes (and states of repair) and 3 or 4 industrial zones marked on the map at the town entrance. I shudder to think what happens to a place like this when these factories start closing down. 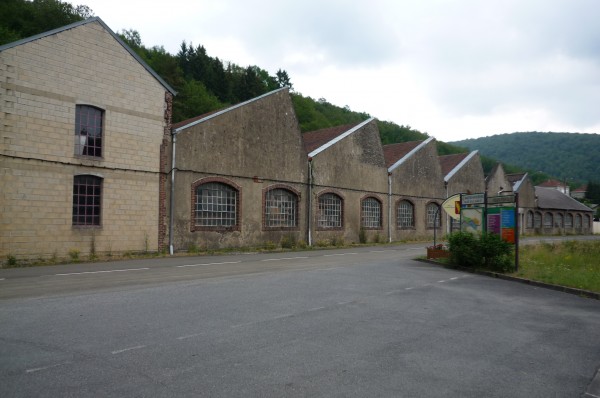 The Semoy River lead me back to the voie verte, which I rejoined at Monthermé and discovered one thing that could use some improvement on the bike path. I stopped at what appeared to be a very well situated restaurant, right on the banks of the Meuze, but all they served were hot dogs, croque-monsieurs, and other nasties. A slight lack in sustenance aimed at the tourist, was my initial thought. Here is the view from the terrasse.

The rest of the afternoon I spent going slow and making stops, like this one. Yes, the Trans Ardennes Bike Path does have its hazards.

And this is what happens if you get too close. 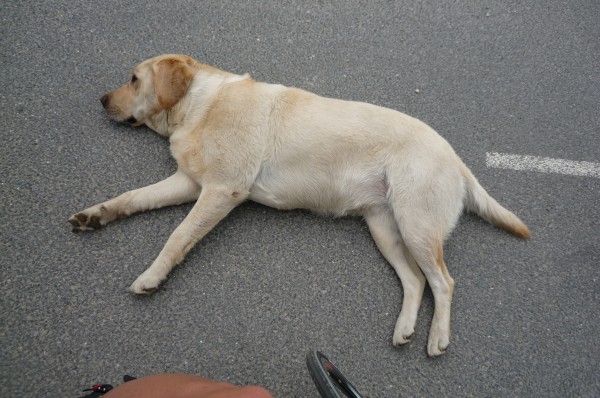 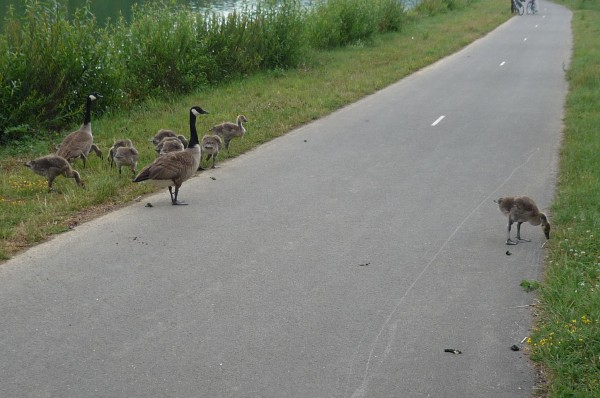 One last shot before the ride ended.

My final night was in Nouzonville in a new B&B, Les Temps des Cerises, run by ex-cop M. Dié, and the brains behind the operation (it was her idea), Mme. Dié.

The house, like many of the nice ones in the area, was built by a factory owner in the 19th century. His factory, right next door, is now a school.

They have spent the last 3 years building up their little business and have sunk just about everything into it, according to le monsieur. He even sold his Yamaha to buy his rear windows. That’s commitment. It amazes me how some people, who obviously don’t need to (he, I’m positive, has a nice gov’t pension after 30 years as a police officer), turn their lives upside down to start something new and uncertain. Very refreshing.

Here is the Bianchi in its room. 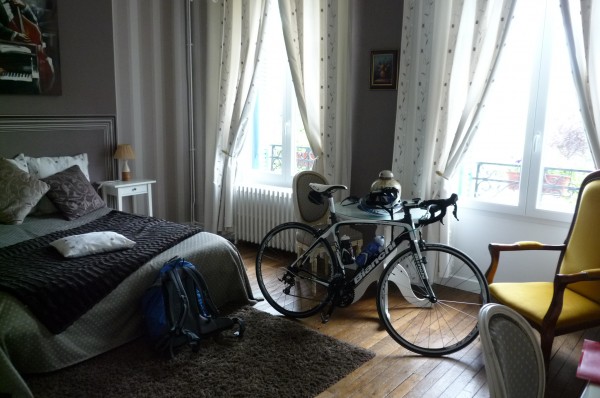 And a selection of bikes that M. Dié rents out. He also has a full bike maintenance shop in his garage that he allows travelers to use, if they need it.

The next morning I rode the 7 km back to Charleville and hopped on my TGV back to Paris. OK, now I have to sit down and write the article I was brought up there to do! It’ll be in Freewheeling France next week, with a little luck. 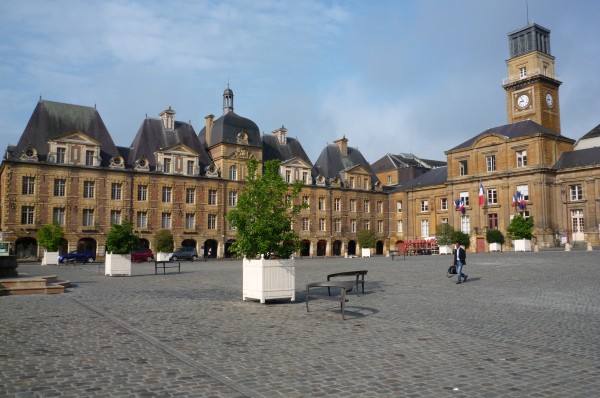 1. If you are starting in France then Charleville-Mézières will probably be your gateway. Charleville is 1.5 hours away from Paris (Gare de l’Est) by TGV, all of which have space for bikes, but you need to reserve ahead of time. For more info on taking bikes on trains in France click here. To book tickets online use the SNCF site.

2. For general tourist information on the French Ardennes (in English), check out the official site of the department. This is the page that highlights the bike path, including a map you can download.

3. If you don’t bring your own bike, Freewheeling France has a list of rental shops in the area.

4. Don’t forget to try some bière artisinale when you go. Proper fuel is essential for cycling trips.