For the few of you out there who don’t know latin, the name of this post refers to the ‘main settlement in any administrative area of ancient Rome’, and the one I rode by today is one of only 10 in France according to the know-it-alls at Wiki.  This actually dates from the 2nd century BCE and is one of the largest in the area. They chose a good spot since, at 190 meters, nothing else is higher and I could see right past Montpellier to the Mediterranean. But the thing is, I couldn’t really find much, except for these wall portions near the road.

Both Wiki and another site I found in French suggest that this is a major tourist attraction for the area, but today the parking lot was empty and I was the only one walking around…totally lost I might add; as is often the case around here the signage is pathetic. But I gather from the French site that it is being developed and excavated at the moment, so I’ll cut them some slack…for now. By the way, for those in the area, the French site has plenty more photos of lots of stuff I didn’t find today, and it looks like it might be a good place to explore.

Other than this little trip back in time, it was just a fabulous autumn day in the south of France. 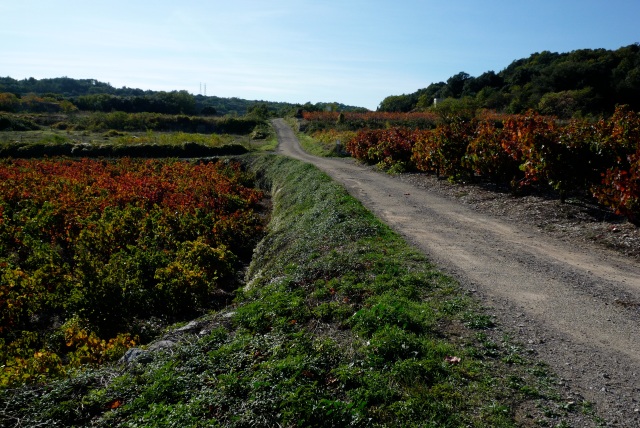 One thought on “Oppidum d’Altimurium”