After Flashback #9 I took the 2-day bus ride over one of the highest roads in the world, crossing the Himalya and down into their shadow, near Tibet.

Here are two pictures from very high up. First, our bus.

Then me and two friends (Alisa and Michal). Check out the writing on the marker. It proudly states, “Tagalanga, altitude 17532 ft. You are passing through second highest pass of the world. UNBELIEVABLE IS NOT IT?”

Indeed it was. Unbelievable grammar, too… 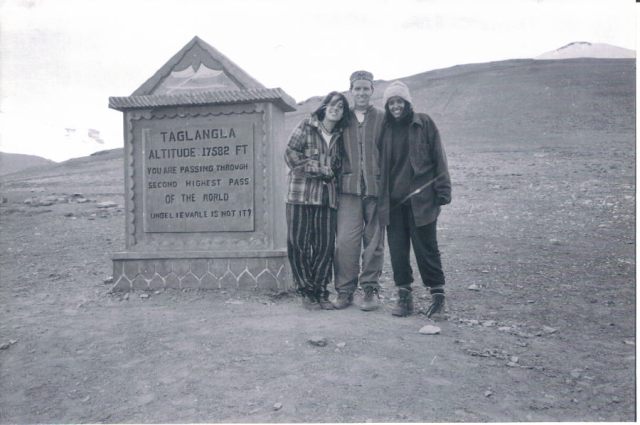 In fact, Ladakh is known as ‘little Tibet’, a moniker most likely given to attract tourists, but possibly aptly named (I’ve never actually been to Tibet to verify). This is India, but not the India you know from Slumdog Millionaire. First, there are no cities of any size in Ladakh, so few, if any slums! Next, culturally, physically, and linguistically the people here are much closer to Tibet than to their compatriots to the south of the mountains.

Ladakh is a special place. If you read the entry on Nepal you’ll notice some glowing recommendations. I can easily do the same for Ladakh. When I went the region was well on its way to tourism hell, but still Leh, the capital, had only one German bakery (the German-bakery ratio is a tried and tested gauge of the popularity of a place among backpackers)!

Anyway, I did 2 treks in Ladakh, one through the Markha valley, and the other starting at the monastery of Lamayaru, called the Alchi Trek.  Trekking in Ladakh is not the same as Nepal. You aren’t able to just set off by yourself, knowing there’ll be plenty of places to eat and sleep along the way. There is (or was in 1996) no infrastructure set up, no porters with bags of Heinekens on their heads, no apple pie at every stop.

There are pony’s though!

I did some asking around (at the German bakery of course) and heard about a ‘pony man’ named Mudup – a friend of the girl working there. I hooked up with him the next day and we negotiated everything from the distance he was willing to walk each day, to the cost of the pony’s food. It turned out he was a postal worker on holidays, and presumably trying to get some worth out of his beast. Here he is (right) on a chilly morning, chatting with fellow guide, Dorje.

Both treks were excellent, if not a little magical. Ladakh is wild, especially when compared to Nepal. The high mountains are not populated like in Nepal and there is a lot of wildlife still roaming about. It is also a stark, desolate place, except for the river valleys. The mountains are purplish-brown, and against the extreme intensity of the blue sky you can almost be blinded by the beauty. thirteen year old scanned photos don’t do it justice, as you can imagine… 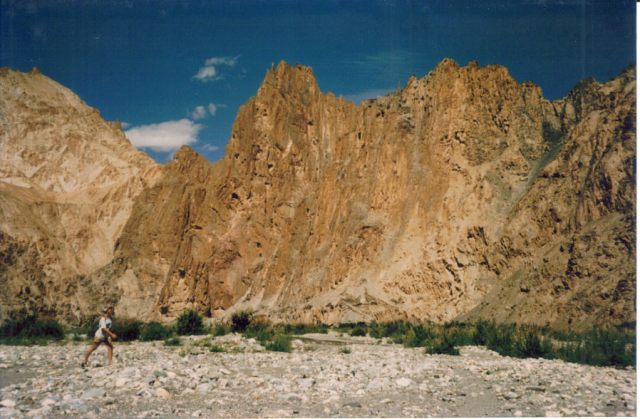 Here is one of the several 5000+ meter passes I crossed. This one, like all passes in Buddhist territory, is adorned with prayer flags, flapping off countless ‘om mani padmi oms’ into the air.

This next one is a village in the Markha valley. Food is scarce in these parts, as I said before. All trekkers need to bring their own supplies, which presumably come from the plains on the other side of the Himalya. The little that grows up here is used for local consumption…and the German bakery, of course!

The same valley I think. There is an immense, snow-capped mountain in the distance, but this shot only shows the base of it.  You can get a little over-awed with the height of the mountains up here. The LOWEST point in Ladakh after all is around 3000 meters, higher than most mountains in the Rockies or Alps, and much higher than almost any permanent settlement on earth.

The trek from Lamayaru was different. I booked this one through an agency in Leh and had a ‘real’ guide, a very good guy named Dorge (different Dorge from above…common name up here). Dorge taught me songs that Lakakhis sing when working in the fields – I still remember one tune to this day, although I think I need to return to get the lyrics back – and I gave him Steve Miller, ‘I’m a joker, I’m a smoker, I’m a midnight toker…I get my lovin’ on the ruuuuuuun’. Well, it has a nice melody at least.

This is at the start of the trek, under the monastery with our little group – Erez, Tali, Barak and me.

This is Dorge and I husking barley (if you can actually do that to barley…) at his friend’s place near the end of the trek. The whole family was working, and it was just about the most pleasure I have ever had doing physical labour…probably because I only had to do it for an hour!

This is his friend’s grandmother. 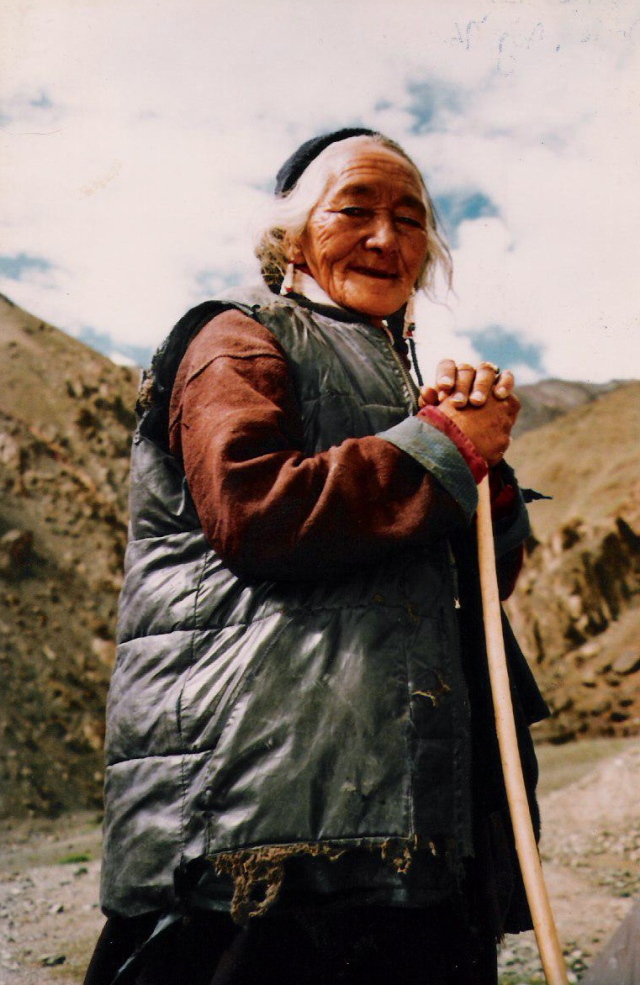 And other members of the family. 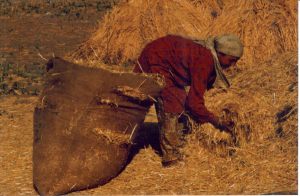 And the long road to Alchi up the Indus valley.

This is Thiksey monastery, not exactly on the trek, but scanned and impressive enough to include, I think.

And finally back in Leh, the old palace that still stands guard over the town.