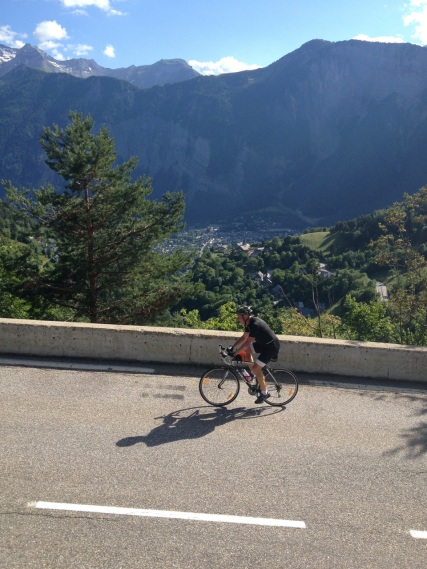 Paul is 57 years old and till last weekend had ridden is bike outside exactly 6 times. Because of a bet made in a pub (I’ve had a few of these go horribly wrong) he and his son, along with a bunch of interconnected friends, did the following over 4 days last week:

A quick add-up brings the total climbing over 3 days to at least 5500 meters, and Paul did every last one of them. He was usually out the back (but not always) and must have suffered badly on these mountains, but he was one determined dude and finished it all with smile.

I’ll remember him (and the one-armed, one-legged guy who does 3 Haute Routes each year) next week when I’m struggling up the same mountains he just rode in La Marmotte.