I got up good and early today, anticipating a long ride. I wasn’t ‘disappointed’.

My final day on the road was 220 km with 2400 meters of climbing, which is pretty big. But after four 200 km days, it was, well, bigger than it should have been. Thankfully, I had a good wind again and the first 100 km along the coast was pretty flat. What that meant, of course, was that the last 120 km had nearly all those 2400 meters packed in there. Nearly all these meters were gained on evil hills like this. 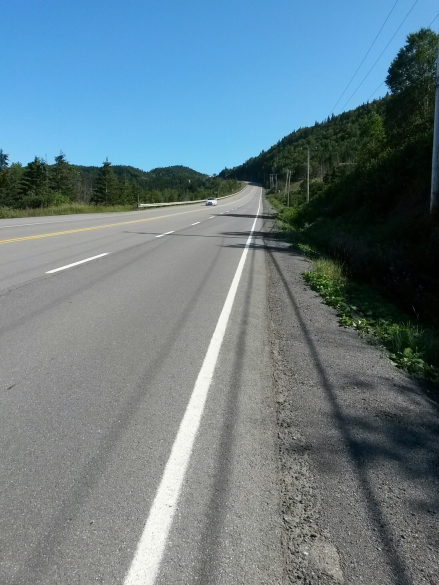 Every single one of these things was over 10% and some as high as 12%. It was a shock to the system and I just kept wondering how this was possible in a civilized country like Canada. The sadist who made this road (Route 132 along the northern coast of the Gaspe peninsula) probably didn’t know it, but he developed some seriously good training grounds for cyclists. Unfortunately for me, I wasn’t training, had 5 extra kg on the bike, and just wanted to get the hell home.

Which I did, and in good time in the end. And I even found time to make a couple of short stops to capture some atmosphere along the way.

Thankfully for the blog, my family had been alerted to my arrival, and they were ready with camera in hand. Here I am, after my final sprint. I’ve been sitting here for minutes trying think of a good way to wrap this trip up, but I think I need a nap. 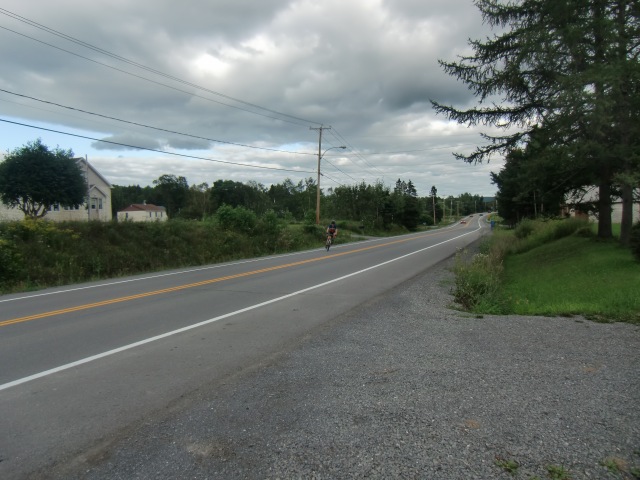