As promised, I went to Nice and, regretfully, came back. Ostensibly, we drove over to watch the last stage of Paris-Nice, but we really just wanted to go there. No matter how cliché it might seem, Nice really is ‘nice’.

Yesterday morning we walked along the Promenade des Anglais and through the market in the old town, bought a pot of mint, filled up on Turkish food, checked out of the hotel, and headed back to Promenade. This is what awaited us – a whole avenue of freely-accessible cycling goodness. 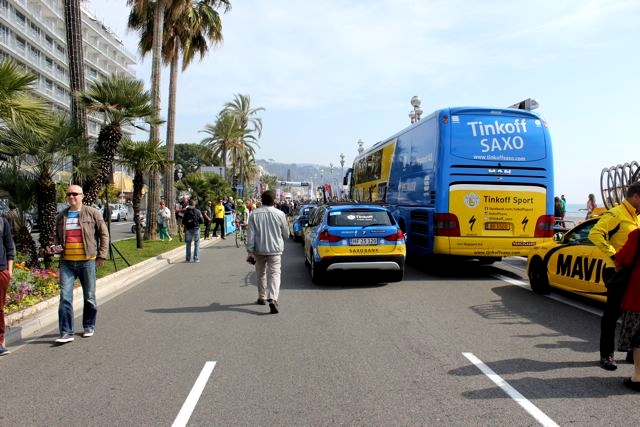 My stroll up the road started off auspiciously, since the first cyclist I ran into was Yellow Jersey porteur, Carlos Alberto Betancur.

Shortly after him I happened upon an important meeting (probably still whining about Richie Porte jamming on them in favor of Tirreno-Adriatico) involving ASO Director, Christian Prudhomme.

The catch of the day, however, was 7-time (consecutive!) Paris-Nice winner, Sean Kelly. We had a short conversation, but I don’t know what he said. 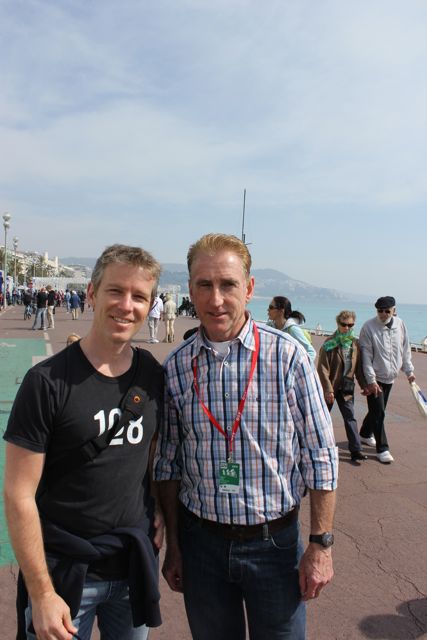 On my way back to Shoko I passed by a World Champion. 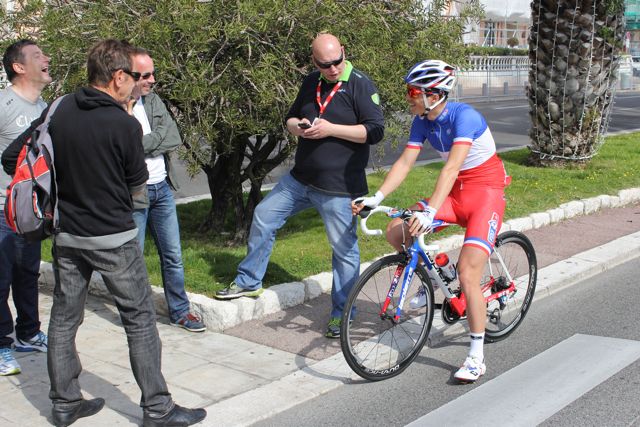 A champion of skinniness.

And a champion of wattage output (and shirtless calendar photos, of course).

The start of the race was here. 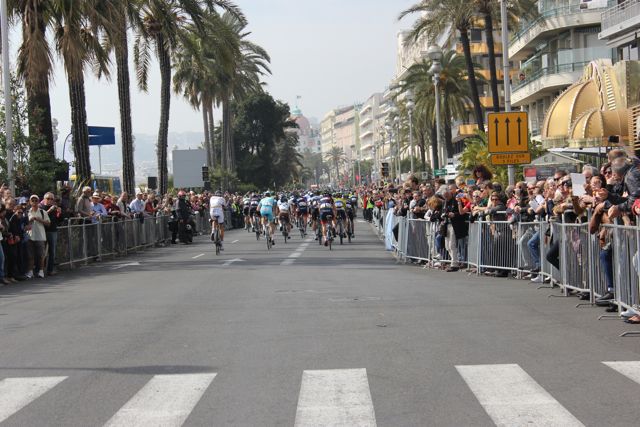 And the end was here, about 100 meters down the road.

I felt a bit like a perv taking a photo of this guy, but isn’t that David Millar?

Frank ‘skin-and-bones’ Schleck made a valiant escape on Col d’Eze, I believe, only to be caught at the line by French Champion Arthur Vichot, pictured not very well in the small group behind.

This one’s a bit better. He’s in the French colors, in a perfect position 200 meters from the line.

Rui Costa had a tumble coming down off the col and limped in later.

As did this guy, in obvious hurt. Check out the 2nd knee on his right side!

Finally, a rider who fell on his left side, finishing with a limp arm. It’s unfathomable to me that this kind of punishment is all in a day’s work for these guys. Last time I had a fall I checked myself into the hospital for the rest of the day and drank away my sorrows for a week. How can such slim dudes be so tough?