It’s been storming all over France this week and today was our department’s turn. Gard has had an ‘Orange Alert’ for thunderstorms all day today and Meteo France tells us to Soyez très vigilant; des phénomènes dangereux sont prévus.

So we went for a ride in the mountains.

There was a bit of humming and hawing at the parking lot in St. Jean du Gard before heading out, though, and in the end Erik sacrificed himself for my training (and his wife’s new bike break in) by deciding to drive support for us. This meant that, after asking him nicely to do so, he could take photos of us – a rarity on rides. Here’s a particularly nasty little ramp of 10%. 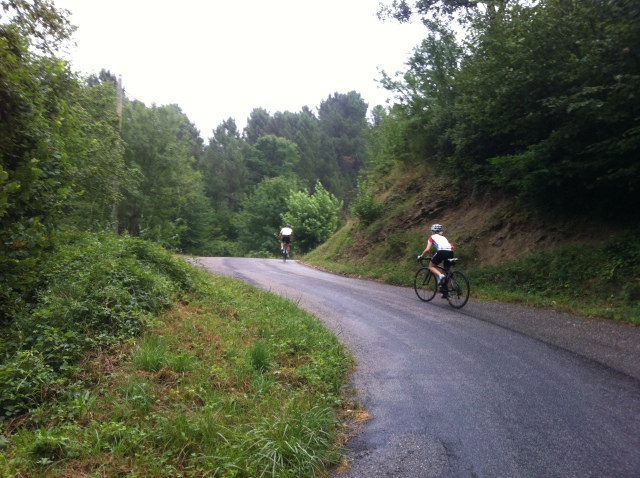 Me, out of the saddle. Something I nearly never did when I was north of 75 kg. 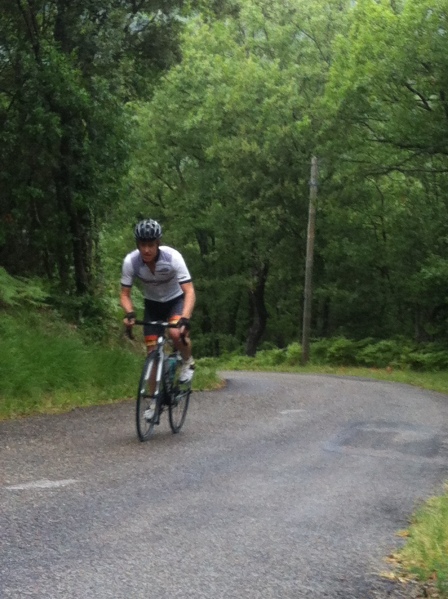 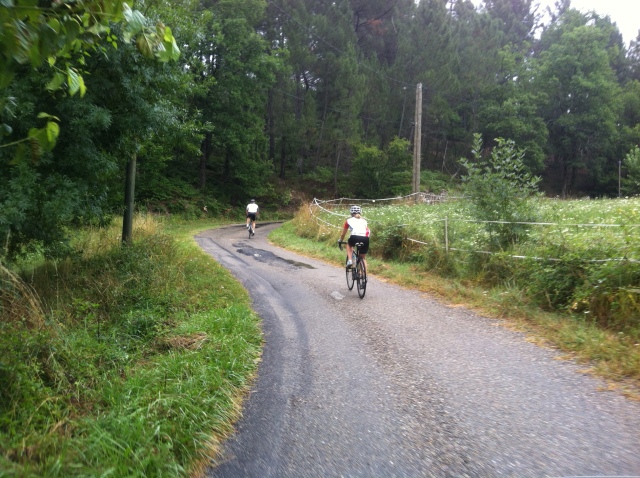 Anne, on the way up to the Col du Mercou (Stephen, remember this one?). 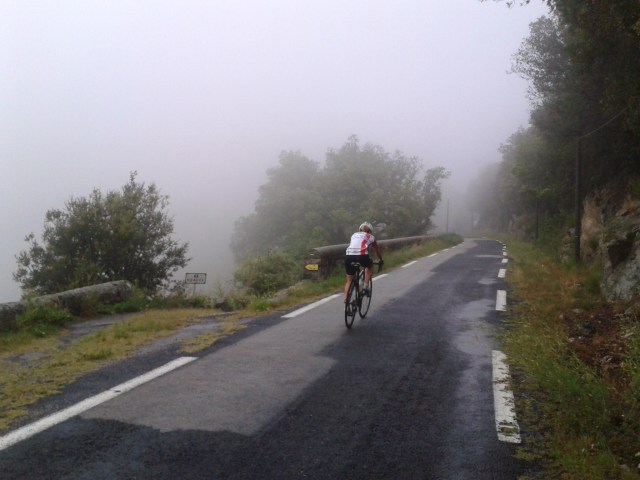 And her new Pinarello Dogma. The Mavic SLR black rims are actually aluminum, but have a decidedly carbon look. I think I’ve just found an upgrade for next year. 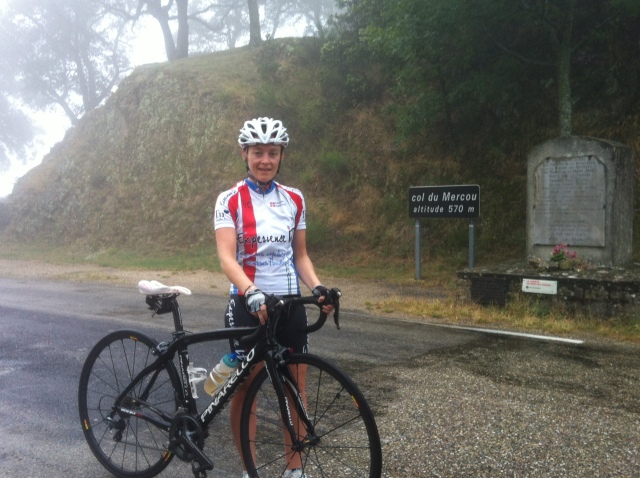 After the descent Anne packed it in and I did one more climb. On the approach they were kind enough to let me draft the 10 km down the valley. I think I could get used to this level of service. And France, you’ll need to do better than Orange. Not being ready for Haute Route is far scarier than a little lightning and flooding… 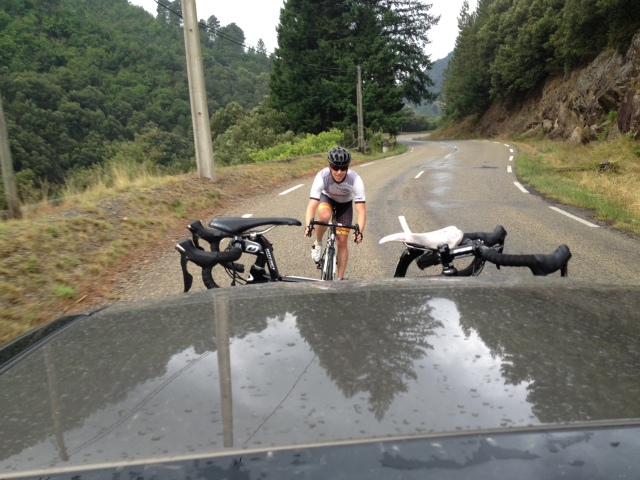