I received a timely email this morning from a loyal blog reader who really wanted an uplifting story to read. It just so happened that I was hoping to create one during the afternoon, with a little luck from the wind (or lack thereof) and my winter/spring training – my first assault on Mont Ventoux for the year.

John, always game, joined me on the drive over to Malaucène, where we stripped down in the parking lot like real French riders, and rode over to Bédoin for our warm-up.

Here I am, striking a proud (or dickish, you be the judge) pose in front of my new car. This machine, bought only for my cycling habit, is the first of its kind that I have owned since the ambitiously-named ‘shaggin’ wagon’ that I had for a few months in Australia in 1995. Somehow, I still remember how to drive and riders and bikes arrived safe and sound. 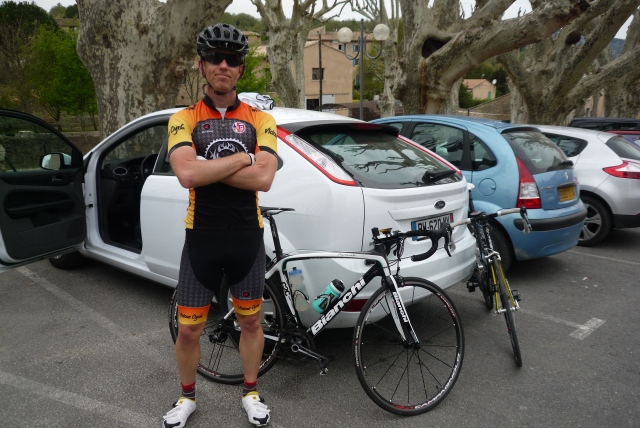 The ride between the two most famous starting points for a Ventoux climb is one of the best 10 km you can dream of, even on an overcast day. 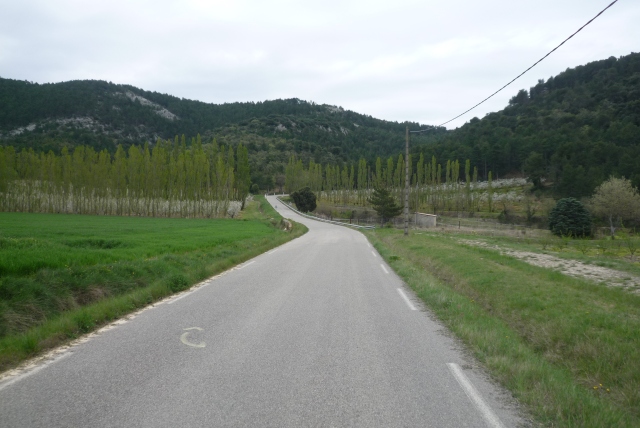 Small, perfectly paved roads, with just enough climbing to get the legs warm, and little winding descents that make you tap on the brakes, but only to make you know you are going around a bend. 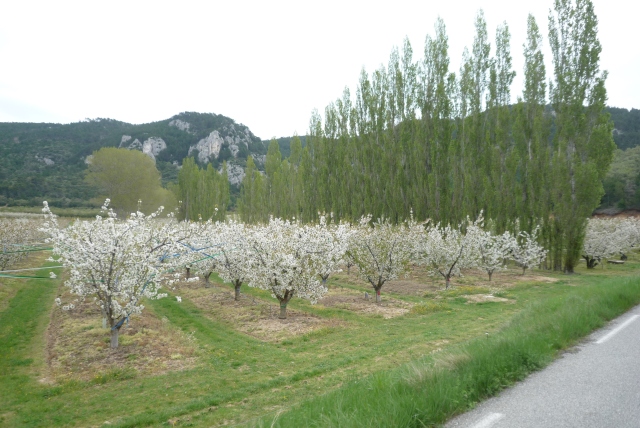 This was a rare sight today – a person to pass on the bike. I didn’t pass one rider on the whole way up Ventoux, and not for lack of trying. It was just really empty. 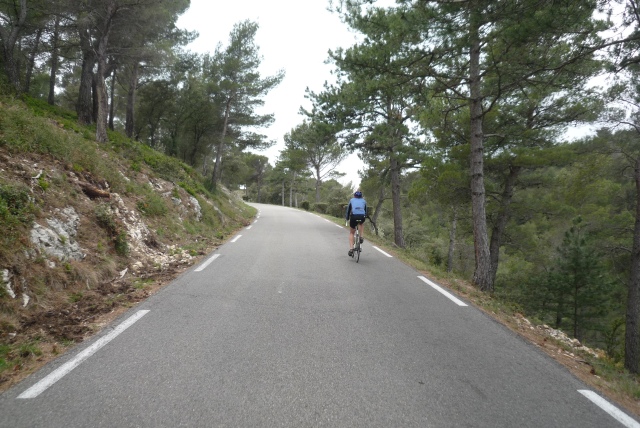 So, we got to Bédoin, went round the little roundabout, pressed ‘lap’ on the Polar, and the game was one. But just one problem, it wasn’t for one of us. My sudden acceleration didn’t sit well with John and it took him some time to come back to my wheel again. As we rode the 5 or 6 km of the first, gentle part of the climb, John’s heart rate was flying – upwards of 180, he said. I was around 160 or lower, which, we know from experience, is not the gap we should have.

We kept it up like this till the left-hander into the forest, picking up a Dutch or Belgian rider on the way. Then, as soon as we entered the forest, I lost them both (I think. I never looked back).

For one of the only times in my short ‘career’ on a bike, I felt weightless. Well, as weightless as one can feel on a 10% climb. You all know how this climb plays out, I’m sure, and most of you will know how horrible the forest can be, with its relentless steepness. Not today, for me anyway. I wasn’t sure why I was going up so fast, actually. I thought there must have been a tailwind.

Whatever it was, it continued till Chalet Reynard, where I started to feel fatigued. But it was cool, the roads were empty, and there wasn’t a lick of wind (for Ventoux that means there was a small breeze) and most of the way to the top was, dare I say it, not very hard.

Now, mind you, I was in my bottom Zone 4 most of the way up the mountain, so it must have been ‘hard’. It just didn’t feel that way at the time. Till the last 2 km, of course. It’s always the last 2 km, isn’t it? But even that evil little stretch of verticality didn’t dampen my spirits and it went by rather quickly.

Oh, and there’s snow on Ventoux, for those thinking about climbing it tomorrow. 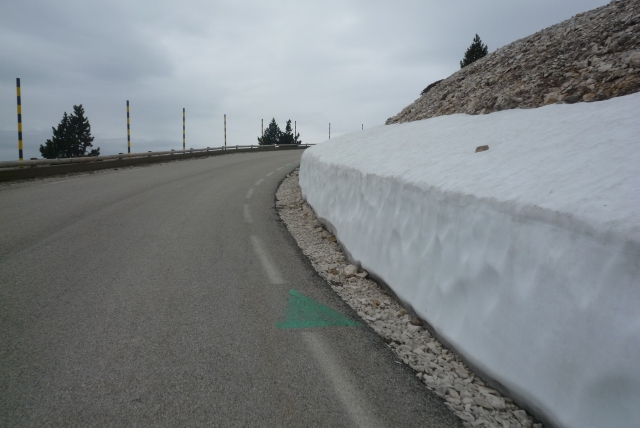 Then I waited. I knew I’d be waiting for some time because I had lost John so quickly, so I went into the just-opened (for the season) gift shop and tried to chat up the lady so she wouldn’t boot me out into the cold. When my French finally started failing me I went out and shot some photos. If you have ever been to the top of Ventoux in season, this will look strange. It was eerily quiet up there, with not the steady stream of cyclists, motorists, hikers, motorcyclists, runners, etc., that you nearly always have to contend with. It was cold, but it was nice. 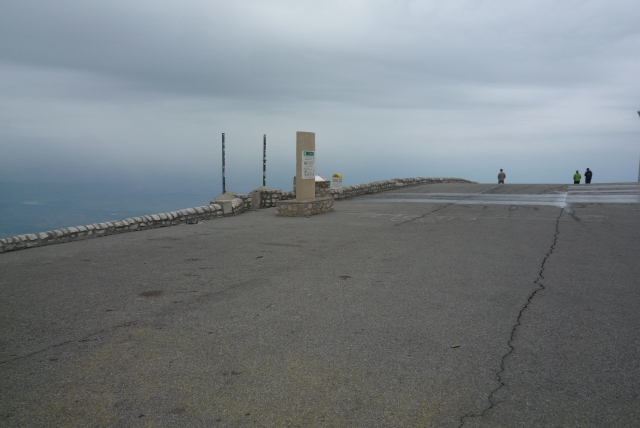 I don’t know what happened here, but there is usually at least one ‘Sommet Mont Ventoux 1912 metres’ sign on one of these poles.

John did make it to the top, but not in top form. He was wet, as well, so we descended right away, down the other – closed – road. Here’s why.

Closed to cars, but bikes can go under barriers. It was pretty slow going till we reached Mont Serein (the north side’s Chalet Reynard) and the road started to get clean again. Check out the height of the snow. John is not short (for reference).

And the damage? John didn’t have a stellar climb and finished a ways down on me, but I had an outstanding day, if you hadn’t guessed already. My time was 1:31:22, which is 4.5 minutes faster than my previous personal best. I guess I can thank my weight loss this year, plus my sadistic  (and masochistic – he does the program, too) coach and all those marathon indoor trainer sessions all winter long. Or I was just lucky.

Hope that hit the spot, dear reader. And I really hope it’s not all downhill from here!