Carb Loading: Finally a Good Reason to Pig Out

I like science. I don’t understand it, but I like it. Science has some things to say about our sport, as I’m sure you’re aware. One of these things is called carbohydrate loading. Carb loading is, pretty much, stuffing your face with pasta (and other carbs) before a long endurance event, coincidentally like the one I have coming up this weekend.

But then things get ugly. Even a cursory search of ‘carb loading’ on Google gets various ways to approach it. A very short summary:

All these roads are supposed to lead to the same destination: a maximization of the glycogen stores in your muscles, thereby giving you more long-term energy reserves to call on. 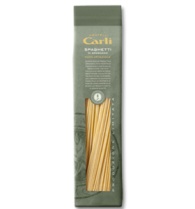 Okay, assuming I have decided on the duration and timing of my face stuffing, I now need to know how much. This seems more clear cut, but simultaneously scary as hell. Most of what I have read wants me to eat around 10 grams of carbs per kg of weight each day (or just the one day, if I go that route) I’m carb loading. In my case that is 660 grams, or about 6 times my normal portion of pasta!

This leads to the obvious question (other than how it’s physically possible): aren’t I going to be heavier on race day because of all these extra carbs I’m sure I can’t get rid of by then? It’s a problem, and it’s addressed in a couple of the sites I checked. Apparently it is just the risk you take to avoid the bonk.

But, let’s say I get through all that and am still on board. Now what sort of carbs do I need? I have read everything from white rice to whole wheat pasta (both with their own contradictory scientific reasoning). Unfortunately, I haven’t seen beer. I guess that’s only good for recovery.

So, I call on you again, dear blog friends. What’s your secret to fueling properly for long races? And be quick about it, I only have a few days!

8 thoughts on “Carb Loading: Finally a Good Reason to Pig Out”