I’m sitting here in Le Sud, a couple of days after what you are about to read, and a sleep away from a rental car and our trip to the Pyrenees for Act Two. In short, this will be short. OK, maybe not short, since I’ve just uploaded nearly 50 photos, but at least more badly written than usual and with fewer words.

On Friday morning I was most graciously picked up by Anne (our logistics chief for the weekend), Erik and John… 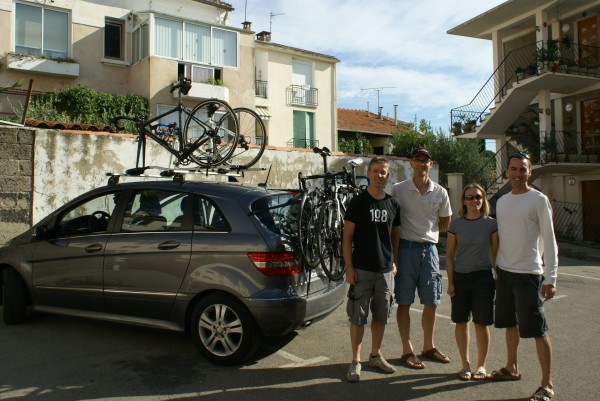 …and less than 4 hours later was deposited here. 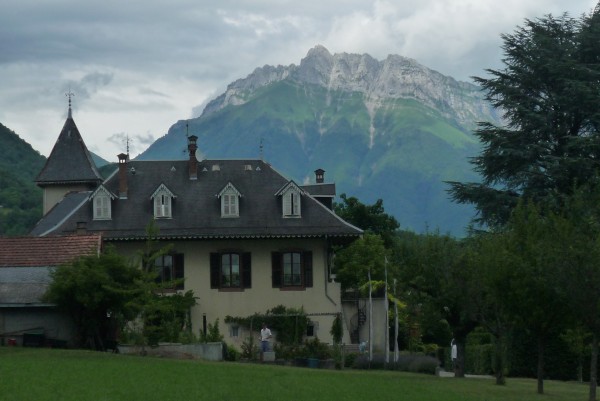 This is La Colombiere, (also chosen by our logistics master), a very charming B&B 30km south of Albertville, run by a friend of Anne and Erik’s – the eternally-moving Nyima.

After settling into La Colombiere the 4 of us drove up to Albertville to hand in our medical certificates and confirmation sheets to the friendly volunteers at the ‘village’. Here we are, smiling because we are still two days away from the misery we all know awaits us. 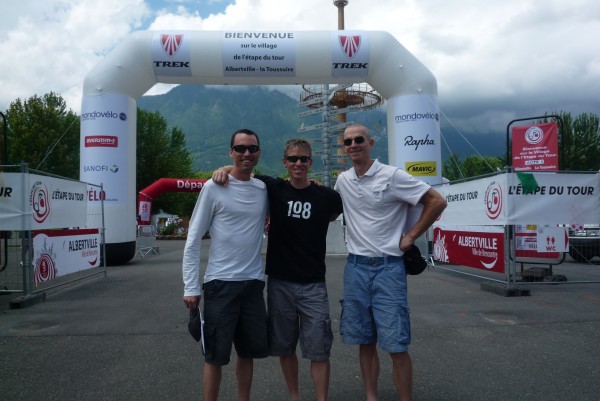 Anne took the camera for the ceremony, so we have a registration triptich for this year’s blog. 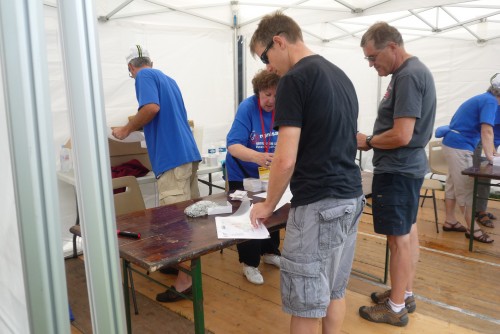 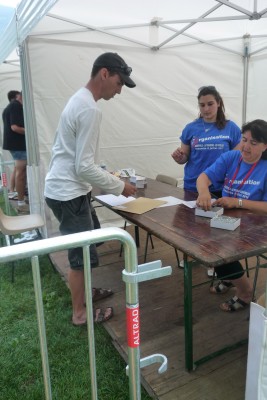 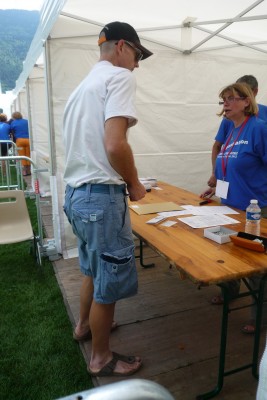 The usual suspects were present in the village: first, the tent you can’t come out of unscathed – Rapha…which I don’t seem to have a photo of. But I do have the Rapha coffee guys. 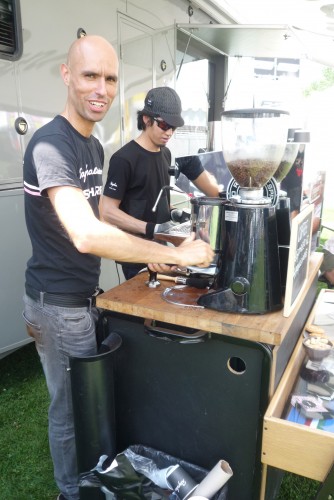 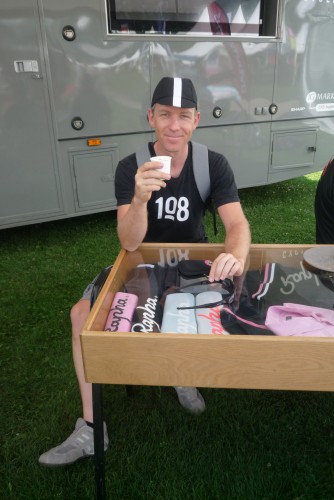 We managed to walk by the Treks, Canyons, Crafts and Garmins without buying anything, but, predictably, got stuck here. 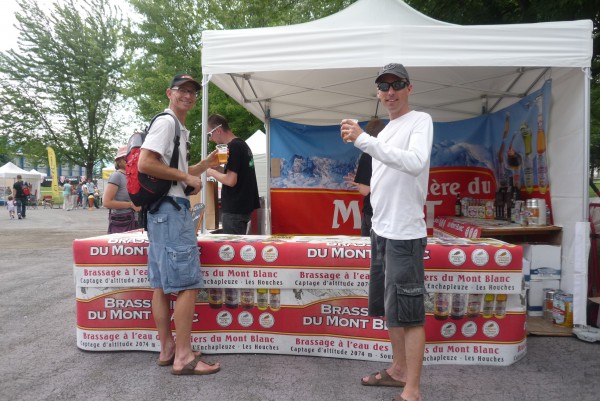 That’s right, the Brasserie du Mont Blanc had beer on tap! Being seasoned veterans of cycling, we knew instantly that this was a chance to get the ‘good carbs’ our bodies so badly needed. And just to make sure we didn’t lack nourishment throughout the weekend, we took 6 liters back with us.

Right around this time I noticed a group of guys I thought I might know. 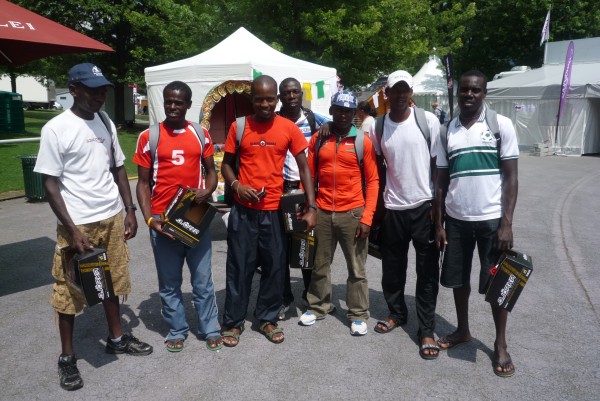 These are the Kenyan Riders, a group of cyclists who are in Europe to ride the two Etapes, a few criteriums and the Haute Route, in order to showcase their strength and abilities and hopefully find a sponsor or two, I imagine. They all apparently come from a region in Kenya that produces a large percentage of the world’s best runners, and they think that whatever advantages the folks from this place have when it comes to running can be transferred to riding a bike very fast up something very steep. Their goal is to produce the first black African to ride in the Tour de France.

Never one to miss a chance for blog fodder, I gathered our team and got their coach to take a photo. 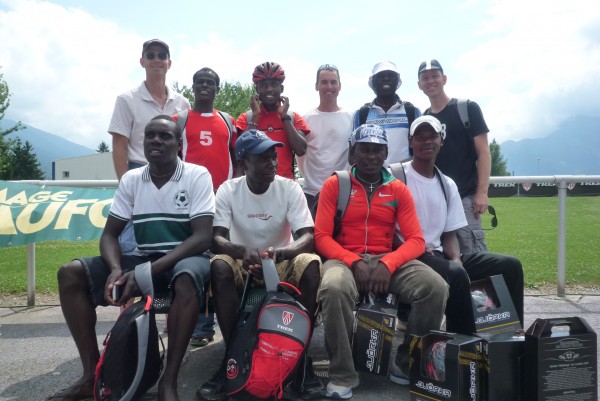 Satisfied with our purchases and our free Trek backpacks, the Kenyans and us left the village. They, to get some last-minute mileage in, I imagine… 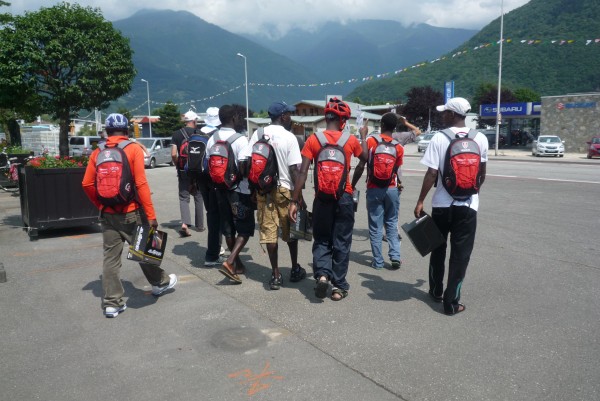 …we, to strategize over a new challenge: begin with the blanche, blonde or rousse…? 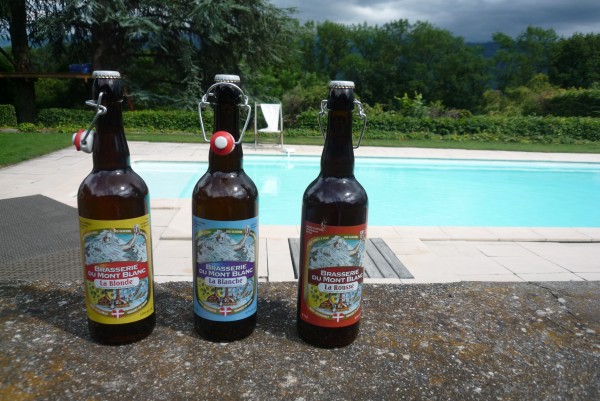 And sorry, I really wanted to write the whole weekend in one go, but it’s getting late and my battered body and soul need the sleep. If our hotel in the Pyrenees has its promised WiFi, look for Hurt Minus One (at least) tomorrow. Goodnight!