A Sunday Century, Rounded Up

The other day on the bike I got an idea to ride down to Béziers from here, some 150 km away. Without thinking, I mentioned it to John on the phone and, within minutes, I was committed to something I hadn’t even mapped out on Google. John, in turn, invited two friends, Erik and Anne, along for the ride. Word to the wise; keep ideas to yourself till you consider the consequences!

So it was that on a cool, sunny Sunday morning, John and I left the Roman city of Nîmes for the Roman city of Béziers (it’s a common kind of city in Languedoc). We made very good time to Prades le Lez, north of Montpellier, where we met Erik and Anne. We made one stop on the way to enjoy the view of Pic St. Loup from Saint Vincent de Barbeyrargues. This, as some of the old timers to this blog will know, is my old stomping grounds. 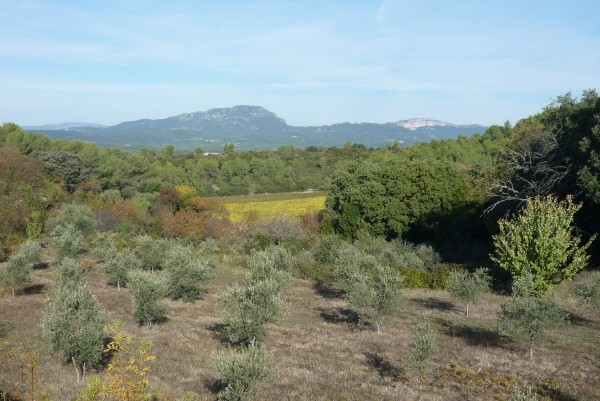 From now on, pretty much every photo you see was taken because we stopped to check out where we were. This is one of the very few disadvantages of having so many small, car-free roads – it’s easy to forget where you want to go. Here’s the crew on our first question of direction, minus the blogger.

Anne, Erik’s wife, has apparently designated herself his directeur sportif for the upcoming season and has encouraged him to do one of the Etapes du Tour next year. It has been agreed that Anne will be our support for Act One next year and we had a good chat on the ride about how much hurting there was going to be, etc. Does anyone else out there talk about suffering on a bike while suffering on a bike…?

As we neared noon Erik informed us that he was about to get cranky, so we stopped at a little grocery store just before they were closing for lunch, bought a baguette, some ham, cheese, and drinks, and had a nice little meal in front of the village church.

Further on down the road we crossed the Hérault River, with John pulling us along, as was the case most of the day. 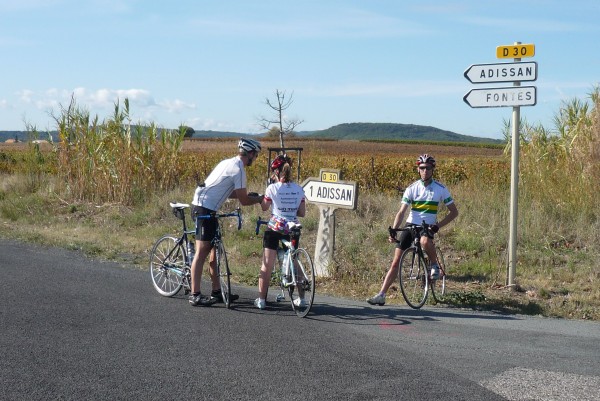 Both old school and new… 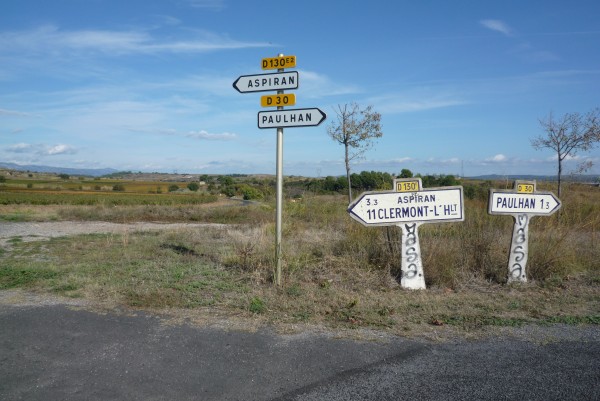 …where I finally got my backside in a photo (thanks, Erik). 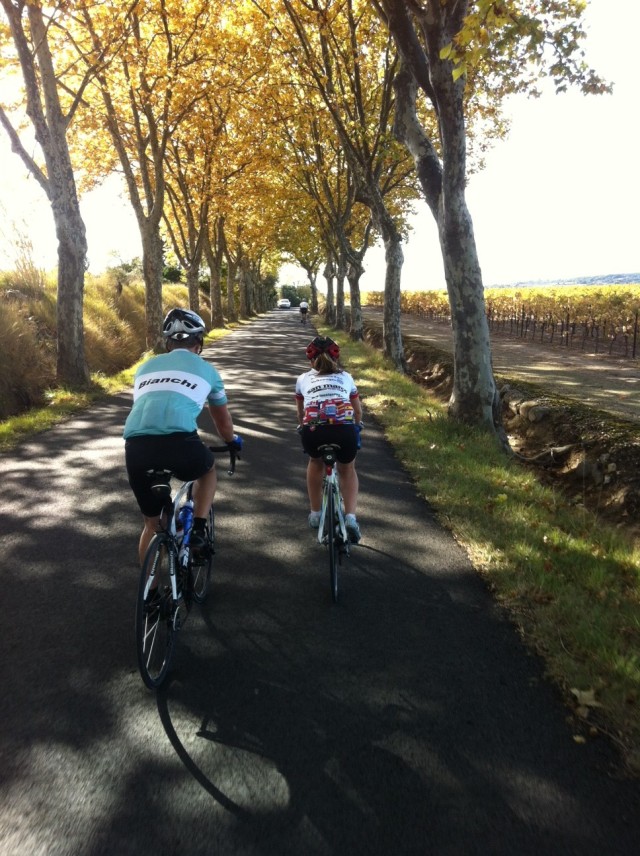 Thanks goodness for Google Maps.

A cave cooperative in the same village, I think. Most of the wine growers in Languedoc are small time and cooperatives are the way they can afford to sell their goods. Some of these are very well known and have great quality wines, according to my budding wine expert buddy, John.

One last shot before we hit the outskirts of Béziers. A well-oiled machine, don’t you think? 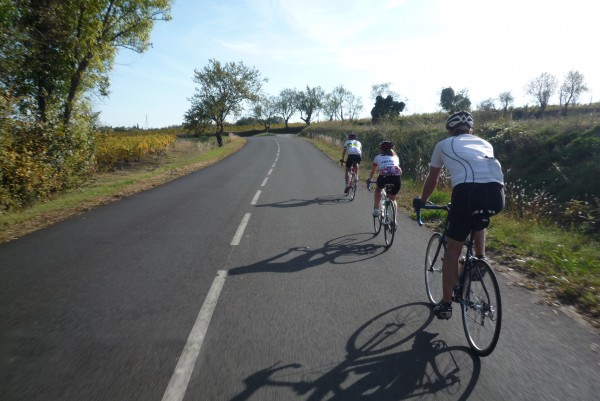 And finally our train on the way back home. That’s a dog, not a bear, by the way. The French love their pets and of all the many people who stepped over this blissfully ignorant beast, nobody once kicked it!

Overall, for a spur-of-the-moment idea, I’d say it was a great success. For late October we had pretty astounding weather – high of 25 and not a cloud in the sky, and having great company makes 156 km fly by without too much pain. I contemplated riding around the block for 4 km to bring the mileage up to 160 (and therefore a real century), but rounding up is allowed, isn’t it?

20 thoughts on “A Sunday Century, Rounded Up”