A Visit to Mark’s – The Cèze Valley

The hot, humid weather finally broke last night (how I survived in sweaty Singapore for two years, I have no clue..) and we were greeted with a frigid August morning. Thankfully, the sun was out and the day had some good promise in it. And the timing couldn’t have been better, since John, me, Eric and his wife, Anne, drove up to northern Gard to visit our friend Mark and go for a spin in his neighborhood.

Here’s the group as we headed out. Notice the arm warmers – this is southern France in August! 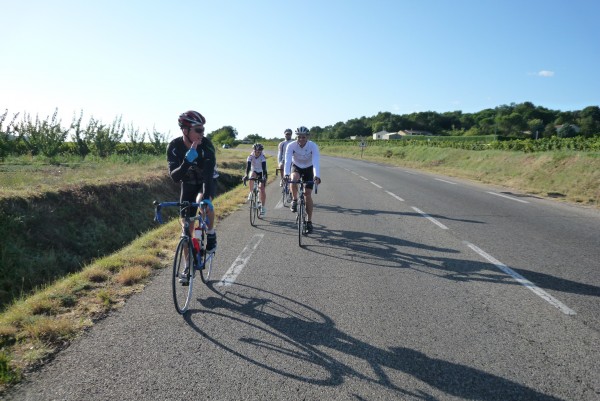 Further up, the valley narrowed and we rode through a near-gorge for a bit. 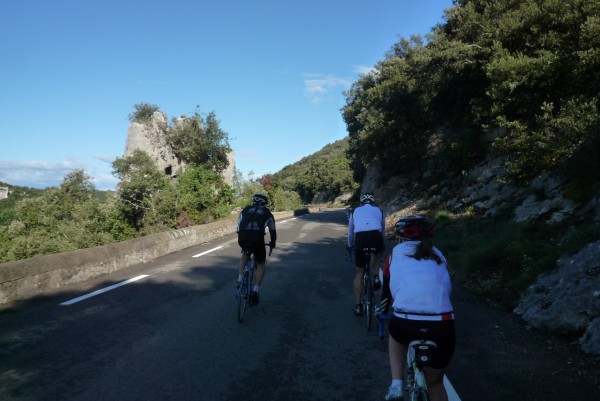 Two climbs came after that, with Eric on the front, making me work hard to show the results of nearly 8000 km in the saddle this year. I’m not sure how well I succeeded, but he was annoyingly fresh during it all. This is at the top of the last one – an emergency stop so Mark could call his wife and ask her to put our post-ride beer in the fridge. 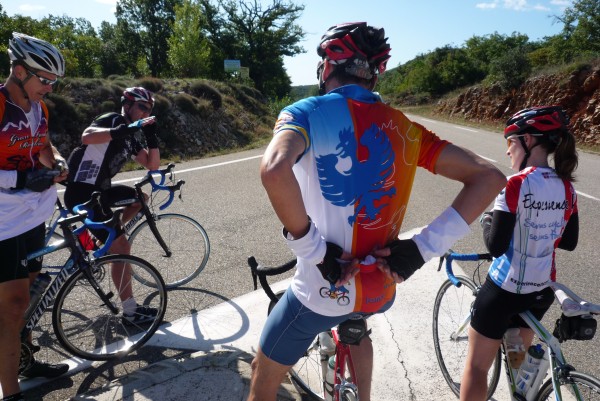 Then my lens got cloudy, so I apologize for the next couple of photos. This is Mark, blazing the trail around the walled, hilltop village of Lussan. 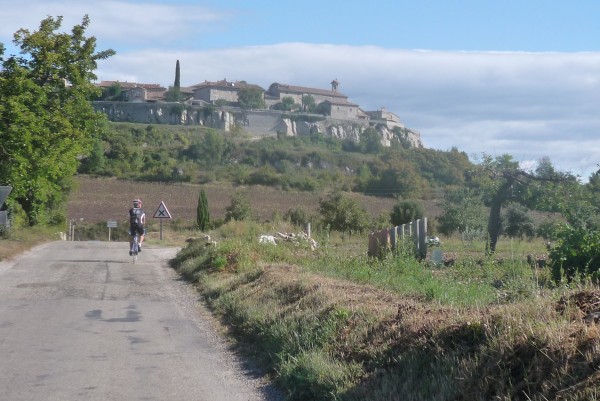 Below is La Roque sur Cèze, one of the plus beaux villages de France.

And our ride ended shortly after, followed by some very cold (merci Isabelle!) Bière Artisinale from Nîmes on the back patio of Mark’s place, then a good little lunch on the banks of the Cèze river. Why can’t every ride finish like this…?

6 thoughts on “A Visit to Mark’s – The Cèze Valley”