Today I went out for a short ride behind Nîmes and ran into a fellow cyclist. This is interesting timing since someone very recently asked if cyclists talk to each other on the road in France. Until now I’d have said ‘non’.

Anyway, the gars in question was an older man (62 he said) and we sparked up a conversation about our bikes. He feigned interest in mine before taking the bait of my questions regarding his. I found out that he bought the frame and constructed the rest himself, part by part. EVERYTHING was carbon, including the crankarm, the pedals, the wheels – even the brake levers!

A touch of carbon envy took hold of me and we discussed my next upgrade. I’d been told at the bike shop that my next buy should be new wheels, since they would add a lot of performance and reduce weight a bit as well. This guy figured that I definitely needed to change my crankarms first (and pedals), as well as getting ceramic chainrings while I was at it. I lifted up his bike with about 1 and half fingers. I saw his point. 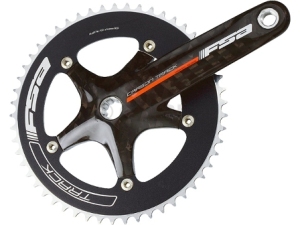 He then asked me if I was climbing the hill back towards Nîmes and I naively told the truth, so off we went up the mountain. His riding style was awesome (I can attest to this because I spent most of my time behind him…). He turned a very big gear and spent most of his time out of the saddle. However, unlike me in that position, his bike was totally silent. His body rocked rhythmically back and forth a bit, but his bike didn’t move an inch. A joy to behold, I can tell you. And yes, humbling.

It was all I could do to keep up with him. We climbed these 3 km at an average 24 kph, about 4 kph faster than I usually do it. I am more and more realizing that I’ve got some way to go before I get anywhere near competitive. This is simply a sport for another type of human (he was barely heavier than his bike, I’d guess!).

So, March is more base training. I’ll go hard once a week maybe, but will concentrate on long, slow rides that MUST result in another kg or two before the next race. Right…?