Looking for Montcalm – Part One

After several days of awesome spring weather here in le sud, winter came back for a (hopefully short) visit. Needing to get those km under me before my first race in a couple weeks, I braved the 10 degrees and headed south…in search of Montcalm!

But before I explain who this guy is, a few pictures of today’s route. Here is the beginning of a short section of voie verte (greenway) in Gallichian, home to not much else except a whole bunch of wine.

A curious local near the path.

From Gallichian I entered the Petite Camargue, a secondary delta of the Rhône River, which seems to be just an extension of the Camargue to the east. First I crossed over the Rhône-Sète canal, which links the Rhône River with the Canal du Midi and further on, The Atlantic coast, I suppose. 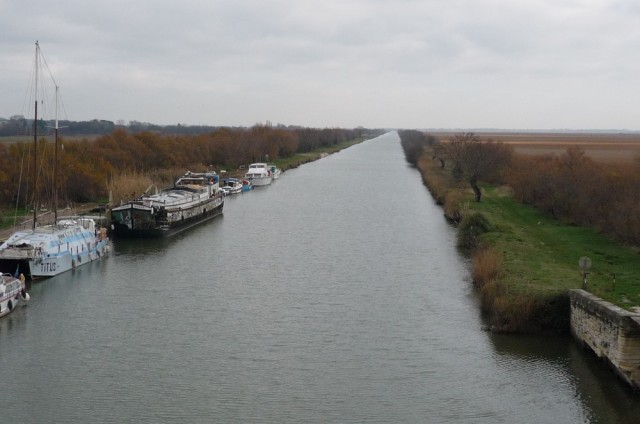 After the bridge I had 12 km or so of dead flat, dead straight road along a branch canal heading towards the Mediterranean.

And finally I was nearing Montcalm, my much-anticipated destination. Why? A little history lesson for y’all, brought to you by my nearly 30 yr. old memories of high school history and, more reliably, Wikipedia.

Louis-Joseph de Montcalm-Gozon, Marquis de Saint-Veran, better known to grade niners in Canada as General Montcalm, is an important figure in Canadian history. He was the leader of the French forces during the 7 Years’ War (or the French and Indian War, or possibly the La Guerre de la Conquête depending on where you come from), which at its end, determined who would rule the eastern part of North America, i.e. Great Britain. Montcalm fought a deciding battle on The Plains of Abraham, in Quebec City, in 1759. The French lost this one (as well as Quebec) to the British and Montcalm also lost his life (along with Wolfe, the British general). The ramifications of this battle are still felt today in my home province (Quebec), with the still-strong separatist movement.

So I wanted to hunt this man down, since I live in the area. I already saw his house in Montpellier, which Ed has blogged about briefly, and wanted to see more. So hey, when you see a hamlet called Montcalm on the map, that must be the place, n’est-ce pas? Right, the answer to that one is ‘non’.

After an hour and a half of riding south, here was my first, hopeful glimpse of Montcalm.

This one was even better – a chapel named ‘Montcalm’.

Then I entered the tiny hamlet and found this ruined chateau which, other than not being able to determine the style/age, looked pretty old (mainly because it was ruined). 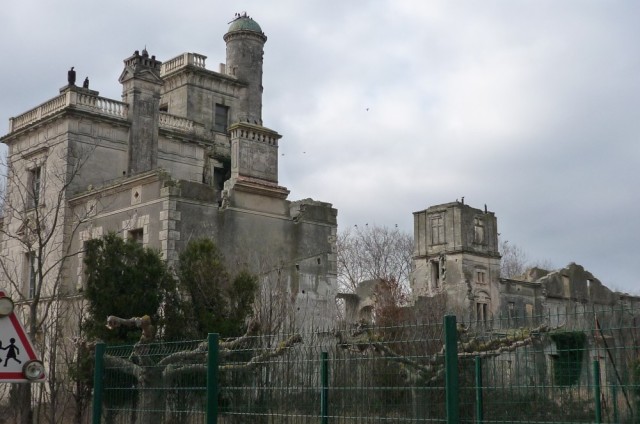 Feeling pretty good about my detective skills, I rode off towards Aigues Mortes, then turned north to my train in Lunel. On the way though I passed by the Tour Cabonniere, something I wasn’t looking for, but was pleased to find. This was the principal gate into Aigues Mortes during the Middle Ages and, since it is totally surrounded my marshes, I assume wasn’t part of any ramparts, like the town of Aigues Mortes is – hence the solitary figure it cuts. 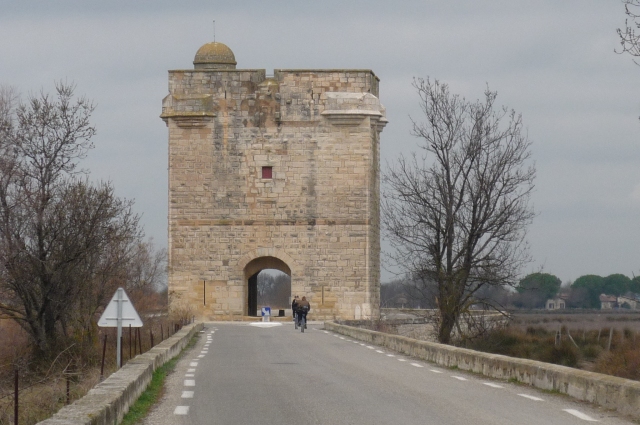 And then I got home. Maybe I should have done some research on this whole thing before riding out in search of Montcalm, who isn’t from and never lived in Montcalm, from what I can gather. Turns out his chateau is not in ruins and is much closer to Nîmes than I went today. So what’s up with the ruined chateau and ancient looking chapel in Montcalm? It seems that the chateau was built by a rich Nimes industrialist in the 19th century and his inheritors just let it go to pieces after his death. The chapel, possibly built by him, too, is – get this – in the Neo-Romanesque Byzantine Provencal style, and was also built just over 100 years ago. What a letdown.

So, part two to this entry should happen sometime soon, as my search for Montcalm is evidently not over.

5 thoughts on “Looking for Montcalm – Part One”