Arles and The Camargue – Part Two

Arles, 40 km to the north of where I was, has the last bridge over the mighty Rhone River. The only way to get across is by ferry, which I did and which was free for cyclists (as well as pedestrians and horses, so the sign said).

Across the river sits Salin de Giraud, a town built around the salt industry. It’s a pretty cool place unless you’ve seen giant mountains of salt before. 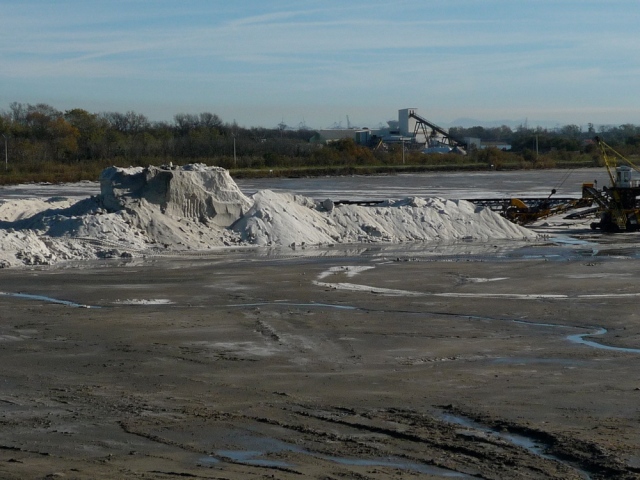 Look at the heavy machinery near the edge of the photos to get an idea of scale. As a Canadian from a small town, the first thing I thought of was the hockey rink. That 2nd piled looks just like the leftovers from the Zamboni! But no, it’s really salt. I could see long lines of giant trucks out in the salt flats bringing the stuff in to process. 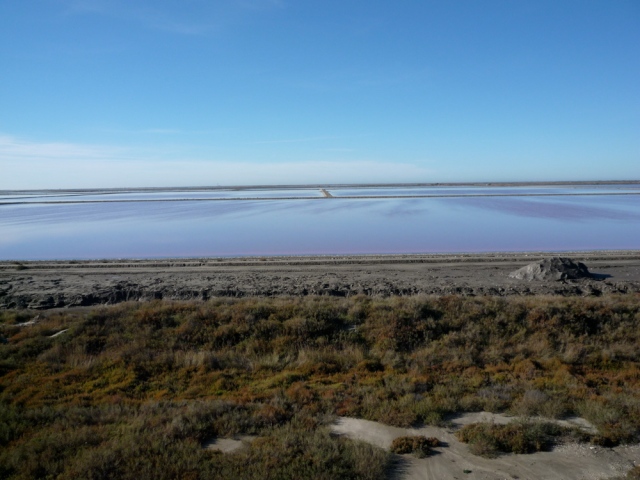 In the town itself there wasn’t much, but there was a bakery and a free public bathroom (the latter is rare) and an arena for bullfighting, something that must exist in every town in the Camargue, I imagine. 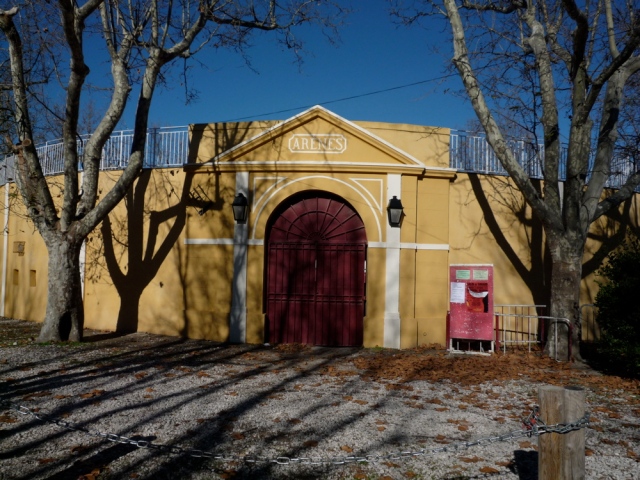 I was now in the Camargue Nature Park, a vast protected area of wetlands that form the Rhone River delta – the largest of its kind in Western Europe. Here is a reed-lined road just outside Salin de Giraud. 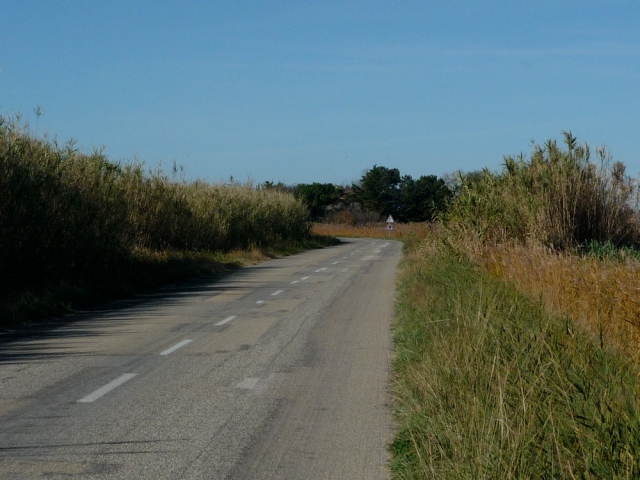 Next, I think this is a guardien cottage, but I can’t be sure. Guardiens are the cowboys of France. Their job is to keep the bulls and horses of the Camargue in line, which they must do pretty well, since I didn’t see a single one the whole day…

OK, this is a pretty bad picture, but the best I could do with my limited zooming power. the etangs of the Camargue are home to some 300 species of birds and is a major stopover for migratory birds. The famous pink flamingo lives here all year round, but is notoriously shy of my camera, so never got close enough…again.

Finally, I found my way back to Arles, where I broke all sorts of personal rules by eating some guardianne de taureux (Camargue bull in a red wine gravy) and digested the meat by riding around the sunny town a little before my train came to take me back home.

Getting to Arles: Arles is accessible by train from the north and points beyond (Nìmes, Montpellier, Avignon) and the south (Marseille and points east). It is also on a major highway (the A54) which links Languedoc to Provence.

2 thoughts on “Arles and The Camargue – Part Two”