Nearly 3 years ago, when we were living in Singapore, a pair of intrepid world cyclists stayed with us for a few days on their way to Malaysia and beyond. Since then they have kept peddling, pretty much non-stop, through Asia, North America then South America, and back to Europe, where they started out in 2006. Yes, 2006..!

Lacking a couple of continents though, they are not content to put on the brakes just yet, and are off to Africa (island hopping through Corsica, Sardinia and Sicily), as I write this. But to their visit – here they are, rewarding themselves with a pint at the pub near our place. 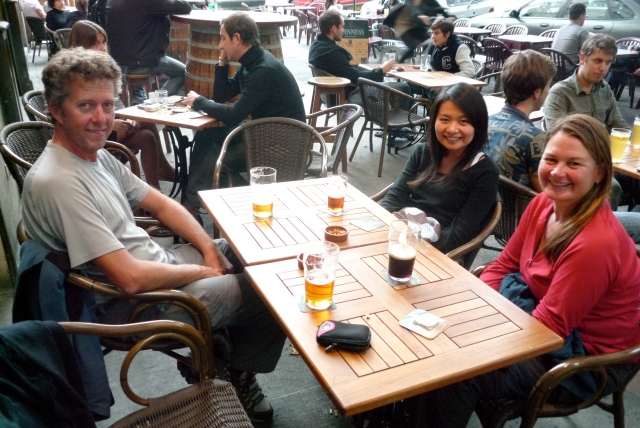 Their stay was mostly devoted to updating their website (WiFi is a pretty precious commodity on the road) and recovering from hangovers (at least for me). We did get out for a ride together, however, taking them over to Pont du Gard. Here’s Aldrick, looking like he’s done this pose once or twice in the last 4 years. 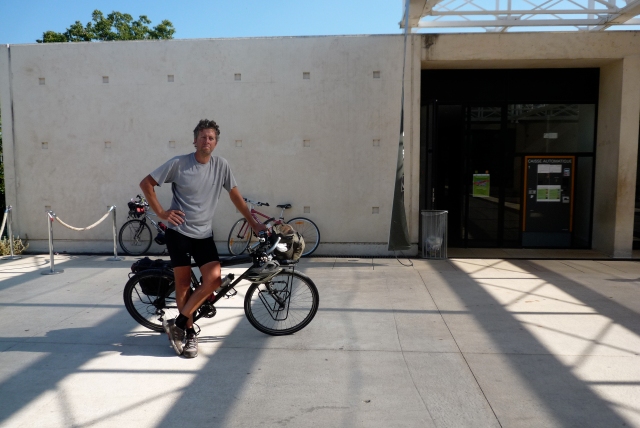 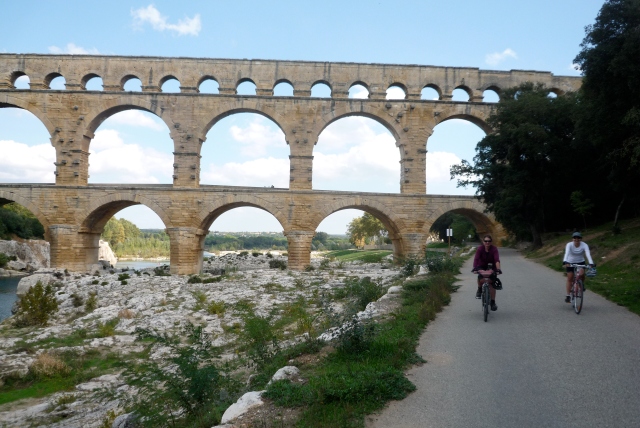 Seems they had lots to talk about… 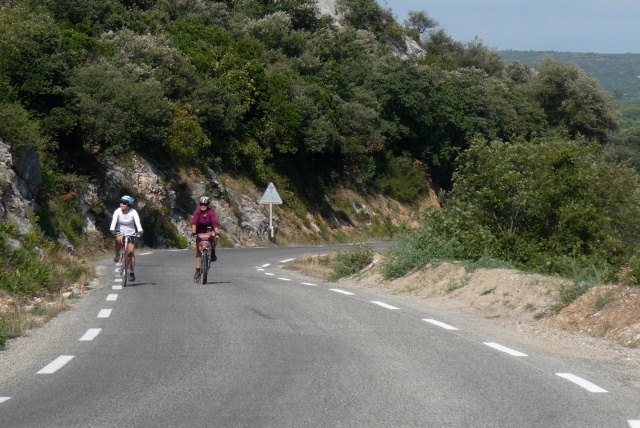 And then it was time to leave. Tell me this bike doesn’t look like it’s been around the world! And oh, if you missed the advertising, their excellent site is www.tour.tk. 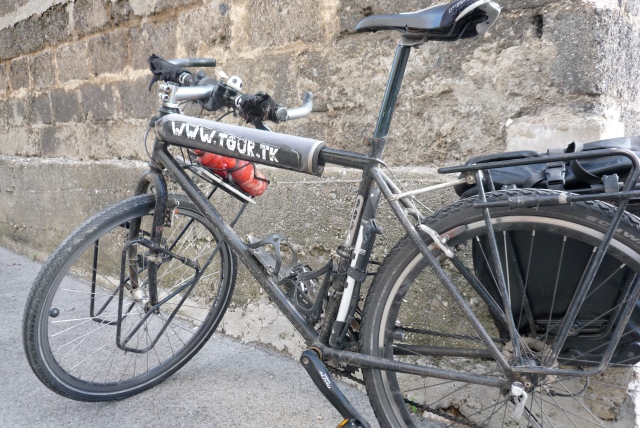 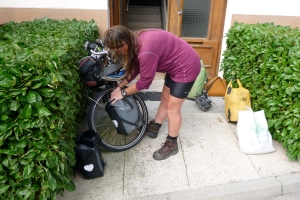 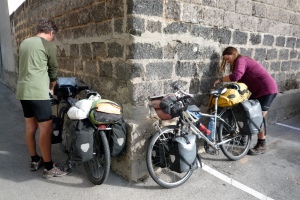 And on their way. Bonne Route you two! 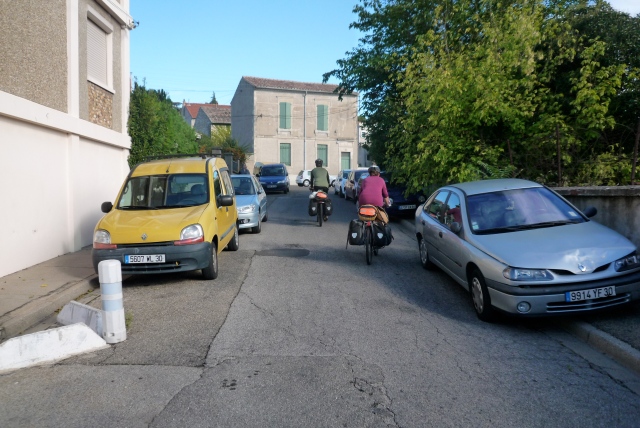