Switzerland is a great place to ride a bike. It’s also a decent place to chuck a bike onto public transport and make some pedal-free miles! That’s what we did today – planned and unplanned – as it turned out. We started off with a ferry across Statter See, actually part of National Cycle Route 9 that we were following, so not ‘cheating’…that comes later. 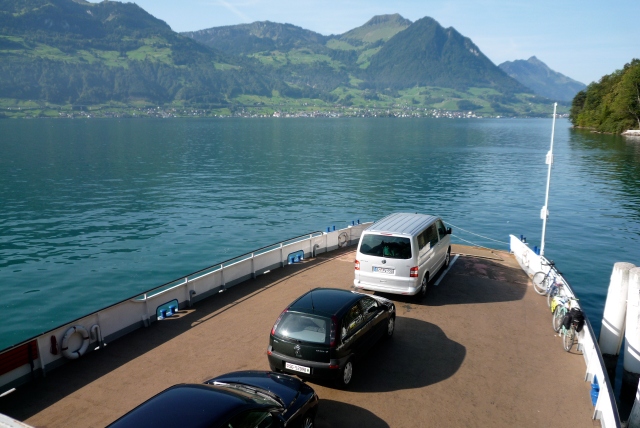 The day wasn’t particularly hard, but it turned out to be long. We did make ‘wrong turn #2’ though, unfortunately just before lunch, which meant climbing yet another ‘ridiculous’ Swiss hill on an empty stomach. But as often happens in cases like this, what awaits you on the other side sort of makes amends for the torture you’ve just endured. Today, it meant a great little spot for lunch…

…and a bit of picture-postcard Switzerland.

The day dragged on and we were getting ominously closer to something called Brunigpass, which had lots of triple arrows along its route on our map. And here’s the ‘cheating’ part, if you couldn’t guess by now. We hopped on a train – a train equipped with nearly a WHOLE CAR to put bicycles on! France is decent when it comes to the bicycle-friendliness of its trains, but Switzerland really puts it to shame. The conductor  doesn’t look at you with contempt when you ask where to put your bike, and bikes and people are kept apart, which saves you from more nasty looks from fellow passengers – a reasonably common experience back home. 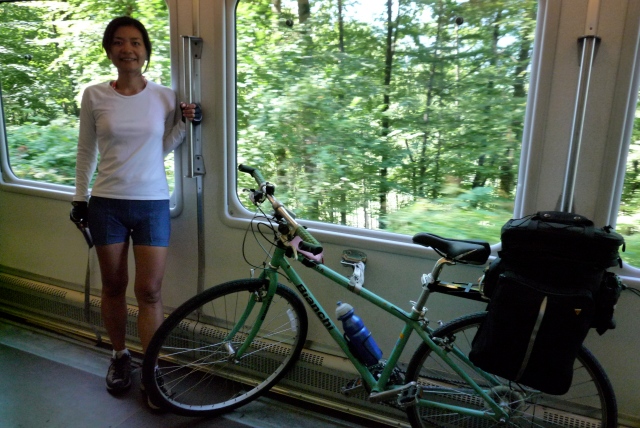 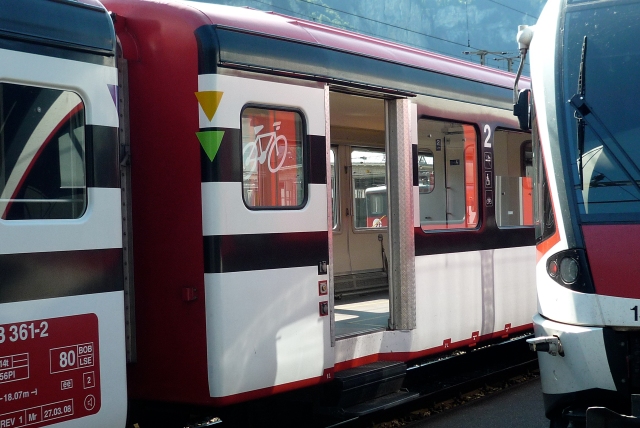