Shoko is going back to Japan later this month and I’ll be left alone with our new beast, Mojo, so to compensate I asked for permission to do a little trip up north. Finally, after seeing them from many of my day rides, I was able to test my lung capacity in les Cévennes! My original plan was to take a train up to Ales, near the mountains themselves, and ride around 90 km to Mende, but because I like the idea of leaving the front door to start a ride (not to mention liking the idea of saving 15 euros on the train…) I left at sunrise, full of unfounded optimism that I could actually make it all the way to Mende from home, 160 km away. But we’ll get to that later. Here’s the sun rising over a park downtown.

I rode quickly north on the arrow-straight D109, and in 45 minutes or so I was north of Pic St Loup.

Shortly after that last photo I happened upon this little road leading ominously up towards the escarpment on the right, which I reluctantly climbed and then faced a nasty headwind on what could have been a fast, straight, flat ride.

Somebody needs to explain to me why headwinds are more debilitating than hills. I think it must be the fact that you know you should be going faster than you are. When it’s just gravity slowing you down I guess you understand that this is normal. When it’s the wind you feel like you’ve been jipped, and end up cursing God, or in my case, my bad luck. Anyway, the wind continued, but the escarpment ended…here.

This is looking towards the mountains I’d be struggling through in a half hour or so. And this next one is a little further up the road. No cars at all along this stretch – even though it was one of the first long weekends of the summer. 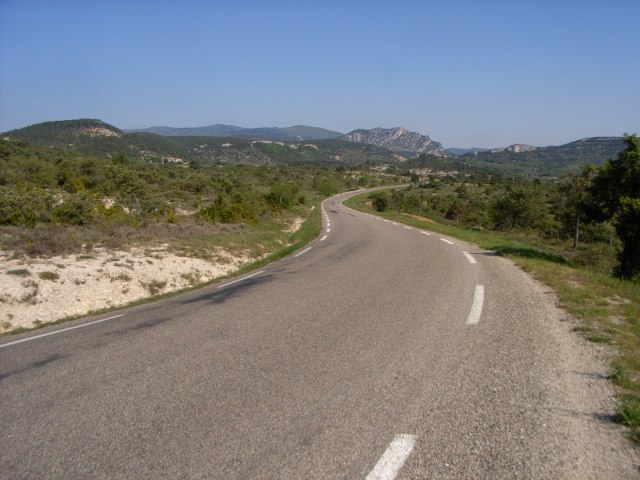 Here is the first of a few ‘cols’ on the first day. 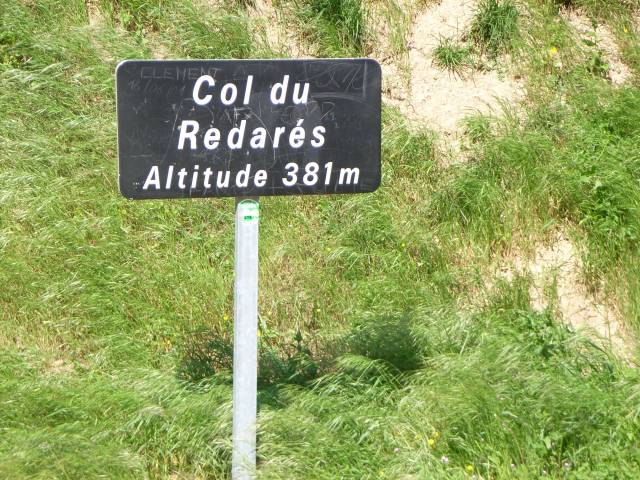 Just a shot to show I am really in the (admittedly little) mountains now. 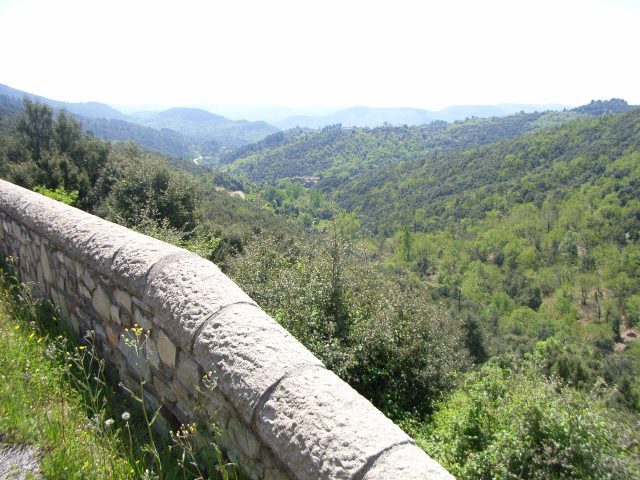 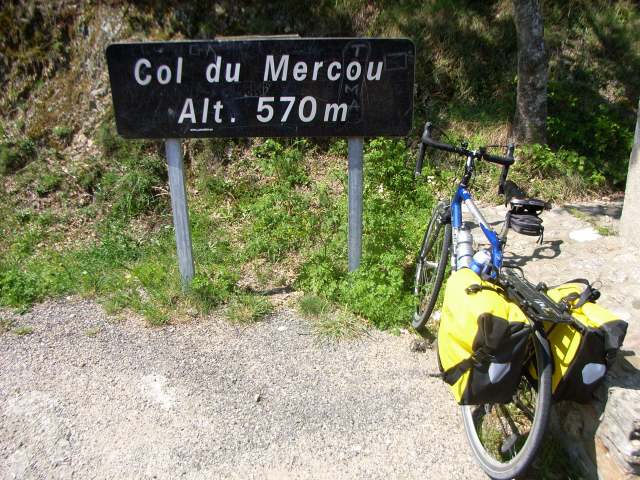 …and after a very fun and very long downhill, I arrived at this little river. Water was the overwhelming theme of this trip, I have to say. It is astounding that I was a day ride away from the parched Mediterranean. Water was everywhere, as you’ll see if you come back and check out Day 2 and Day 3!

You can see the clarity of the river quite well here (above). This area has the lowest population density (and little industry) in France, so I guess the rivers have little chance at getting polluted. Lucky them. Lucky me. 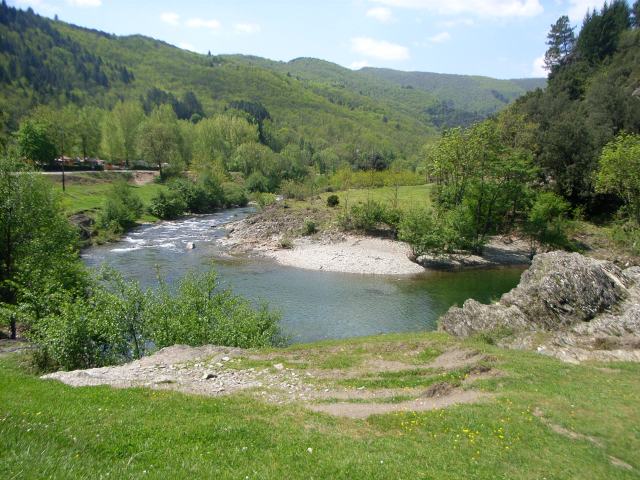 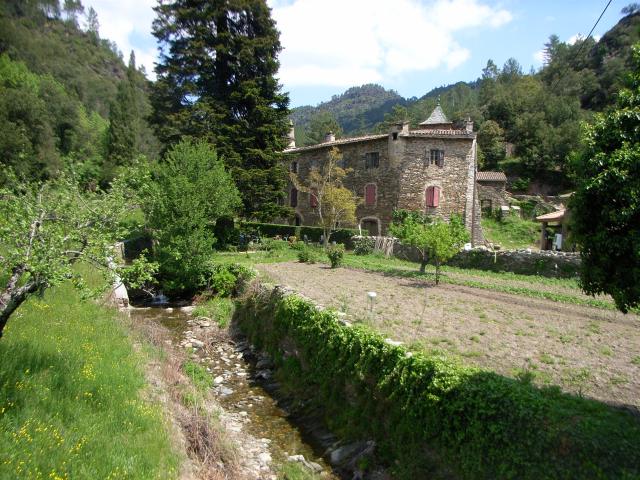 I kept seeing ‘sheep crossing’ signs all over the place, but this was about as close as I got to any…goats.

A nice consequence of all this water is all the fountains that can be found in the villages throughout the region. This one is 900 years old, if the sign can be believed.

After this town, where I had a coffee and tried my damnedest to understand what the locals in the bar were going on about (I’m sure it was French, but apparently a particular way of delivering it, after centuries of isolation…?), I began a long, hard, slow, ride up to this tunnel, which separates the departments of Gard and Lozere. This is as close as I came to 1000 meters on this trip, which was just fine with me. My conditioning is not what it used to be, I’m ashamed to admit, and this last pass sealed my fate for the day. But more on that later.

What goes up, must go barreling down twisty, windy roads at breakneck speeds…at least in France! No pictures for that very reason. But here’s a lovely medieval bridge and hamlet in the valley near the bottom.

After this downhill I had no motivation for any more climbs. Of course I HAD one more (very big) climb to do before getting to my already-reserved hotel. Then I arrived in Florac.

This town, alluringly picturesque, populated by al fresco cafes, bars and pizzerias, could not be passed by lightly. So I went into the tourist office and tried to find a place to sleep (hoping beyond hope that I could cancel my reservation in Mende a few hours AFTER I was supposed to have checked in!). Turned out there was an old car rally this weekend and the only thing available was a Gite d’etape. I took it with a little hesitation, not knowing what the hell it was. But the price was certainly right – 13 euros for a bed.

And what a find! Gites d’etapes are like youth hostels without those annoying adolescents. They are there for walkers and cyclists to crash hard and have a hearty breakfast the following morning. This discovery ranks up there with Rider Houses in Hokkaido, Japan. I can now ride around (in selected areas at least) and sleep in a real bed for the price of a campsite, or less. Here’s the ‘men’s room’, which I shared with a guy that snored…but no worse than my wife or my dog! I even managed to cancel my room in Mende, so Day 1 has a happy ending.