Finally a genuine bike-ride entry! My camera came back to life this morning and I had enough croissant / pain au chocolat-fueled motivation to head out for a long ride. I decided to go along the coast towards Spain, something I had surprisingly never done before. This is a bike path (I had maybe 50% of them today) near the ‘etang’ to the southwest of Montpellier.

Shortly after this I crossed the Rhone-Set canal (highlighted in some earlier posts, if you’re interested).

And then it was mostly Mediterranean from there on. About 40 km along I passed Sete, famous for its boat jousters and being the end (or beginning) of the Canal du Midi. 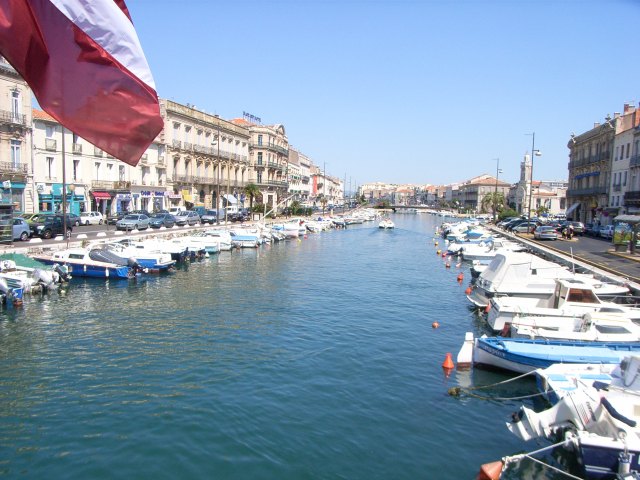 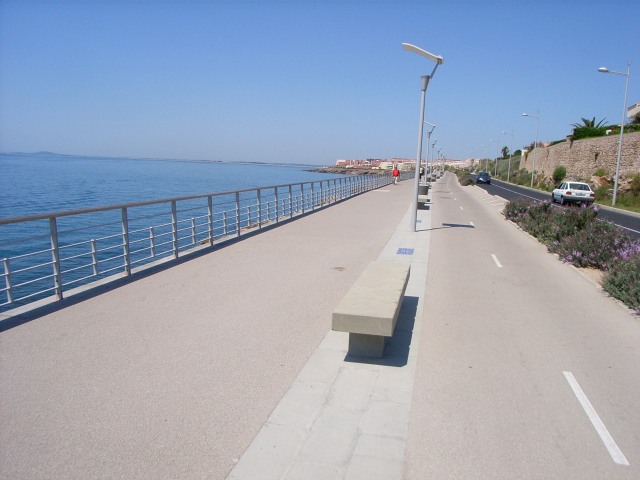 After rounding Sete it was arrow-straight to Agde, mostly along the very, very long beach.

The path, at least as it is sign-posted, is part of the ‘voie verte’ (greenway) system in France. Here’s the site if you happen to live in Europe. This one is for France, but it’s a Europe-wide thing. http://www.voies-vertes.info/

And after 65 km or so the energy from my morning baked goods gave out. Luckily it was Agde, which has a train station. It also has a ‘Donjon’, which I just found out is a derivative of dungeon, but actually means ‘keep’. Here it is, next to the Canal du Midi.

And one last picture of some colorful boats, just cause they’re colorful.